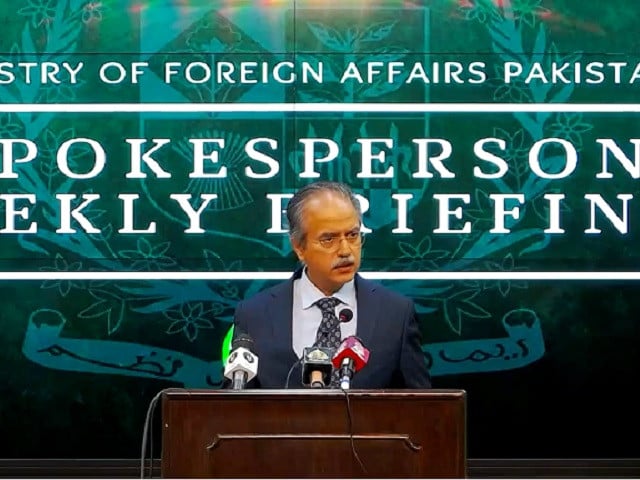 Pakistan on Monday strongly condemned the terrorist activities perpetrated against Saudi Arabia and reaffirmed its strong support for the sovereignty and territorial integrity of the kingdom.

The Foreign Office said Pakistan also supported the efforts of Saudi Arabia for achieving a peaceful settlement in Yemen. “Pakistan has consistently urged all parties to the conflict in Yemen to engage in peaceful and meaningful talks to end the hostilities, in line with the relevant UN Security Council Resolutions.”

It said the truce reached earlier this year had yielded dividends by bringing about relative peace, however, termed it “deplorable” that it was not renewed by the Houthis.

“This would cause mounting hardship for the ordinary Yemenis, and potentially derail the entire effort for attainment of durable peace,” it said.

The Foreign Office said, “We once again urge upon the Houthis to cease militant activities and terrorist actions, and engage in a serious dialogue to end the conflict on the basis of the relevant UN Security Council resolutions, and renew the UN-brokered truce.”

“Pakistan believes that war serves no purpose, and all issues can be resolved through peaceful dialogue. Adopting this path early will save thousands of innocent lives, and protect the future of the Yemeni people,” it said.

A seemingly unwinnable civil conflict in Yemen has claimed close to 10,000 lives and driven millions to the verge of hunger.

The conflict has its origins in the 2011 Arab Spring, when an uprising compelled Ali Abdullah Saleh, the nation’s longtime authoritarian president, to cede office to Abdrabbuh Mansour Hadi, his deputy.

Yemen, one of the poorest countries in the Middle East, was supposed to experience stability after the political transition, but President Hadi found it difficult to address a number of issues, including militant attacks, corruption, food insecurity, and the military officers’ continued loyalty to Saleh.