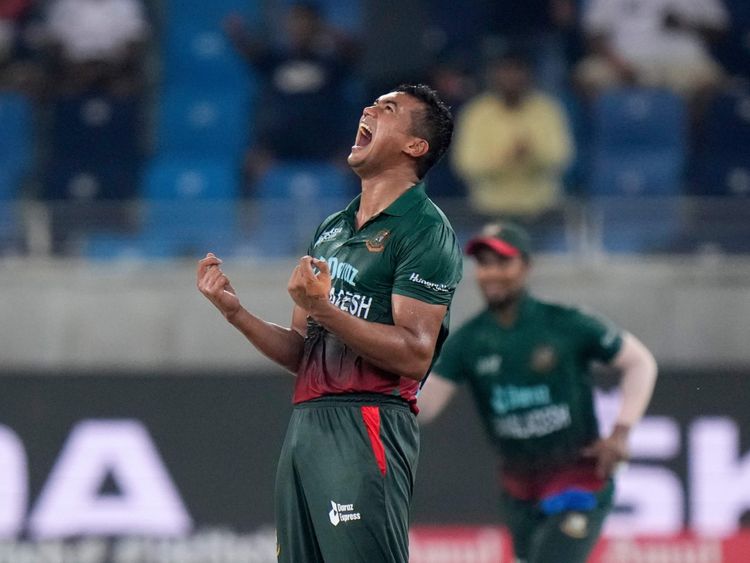 MELBOURNE: Bangladesh paceman Taskin Ahmed took four wickets as they kicked off their T20 World Cup with a laboured nine-run win over the Netherlands in Hobart on Monday.

The Netherlands chose to bowl first and did well to restrict Bangladesh to 144 for eight on a gloomy day at Bellerive Oval.

Paul van Meekeren (24) and Fred Klaassen (seven not out) produced a gallant 34-run partnership for the final wicket and slogged the Netherlands to within 12 runs of victory with two balls to spare.

But Van Meekeren was unable to clear the rope off Soumya Sarkar’s penultimate ball, sealing Bangladesh’s first win in the second round of a T20 World Cup in 17 attempts.

Man-of-the-match Taskin ensured the Netherlands’ chase got off to a dreadful start as he removed opener Vikramjit Singh and number three Bas de Leede with the first two balls of the innings.

A defiant half-century from all-rounder Colin Ackermann (62) kept Netherlands in the game but Taskin dismissed the number four in a two-wicket burst in the 17th over.

Bangladesh play South Africa in their next Super 12 match in Sydney on Thursday, while the Netherlands face India.