‘You are my match winner’, Babar to Nawaz after loss to India 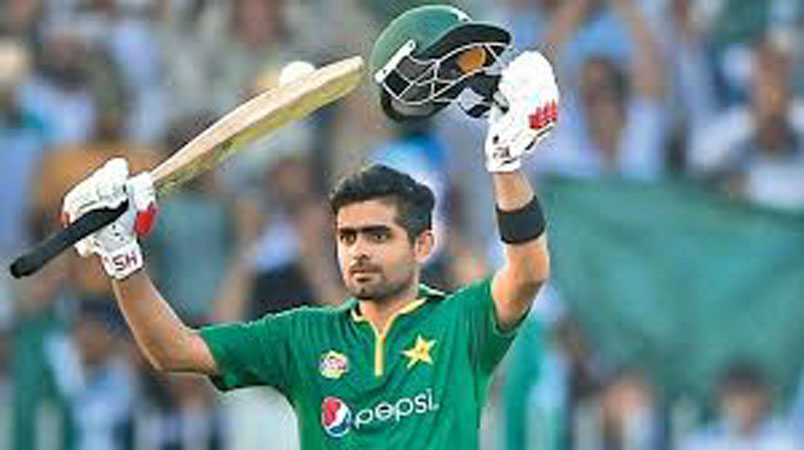 MELBOURNE: Pakistan skipper Babar Azam expressed confidence in his team on Sunday, especially Mohammad Nawaz, urging the players to move on after a heartbreaking loss to India in the first match of the T20 World Cup.

The spinner came into the spotlight due to the multiple controversies that took place in the last over of the Indian innings.

In front of a raucous crowd at the Melbourne Cricket Ground (MCG), Nawaz was handed the ball when India needed 16 runs to win from the final over. However, he was unable to stop Virat Kohli from leading his team to a memorable triumph.

The Pakistani captain urged his players to go on and forget the defeat after the defeat.

“This matched well. He addressed the defeated teammates in the locker room, saying, “We made a terrific effort.

They made mistakes, but Babar Azam claimed they will learn from them and go better at their game.

An unbeaten 82 from Virat Kohli led India to a stunning last-ball win over Pakistan to supercharge their bid for a first Twenty20 World Cup crown since 2007 in front of 90,000 fans at the Melbourne Cricket Ground on Sunday.

The world number one Indians restricted their fierce rivals to 159-8 and scraped home by four wickets after a remarkable final over, with superstar Kohli the hero. It looked to be going badly wrong for India as they struggled to just 45-4 off 10 overs, halfway through their chase.

But Kohli and Hardik Pandya (40) launched a fightback with a century stand that left India needing 16 off the final over from a nervous Mohammad Nawaz, who peppered it with wides and no-balls to help them to their target.

Victory was critical in a group that also includes South Africa, Bangladesh and qualifiers Zimbabwe and the Netherlands, with only the top two making the semi-finals. India have largely dominated Pakistan since the late 1990s but had lost two of their three previous clashes including by 10 wickets in the group phase at last year’s T20 World Cup and the recent Asia Cup. But India had been in good recent form, winning home series against Australia and South Africa, riding on the success of their batting line-up.