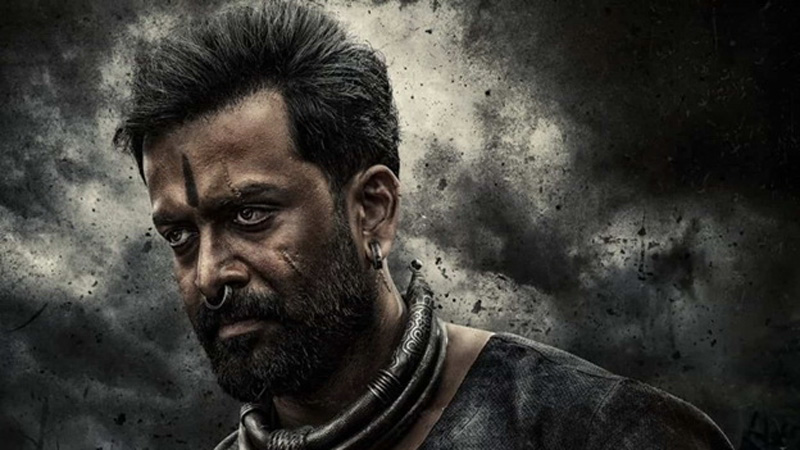 Actor Prabhas turned a year older on Sunday and the makers of his upcoming film Salaar treated fans to new pictures of the birthday boy from the sets. While many photos of Prabhas claiming to be clicked from Salaar shoot surfaced online earlier, these are the first ones officially shared by the film’s team. Prabhas will star next in Salaar with Shruti Haasan.

In the new pictures, Prabhas is seen in a rugged look. In one, he posed in front of a bus in a khaki shirt with pants and smiled for the camera. He was also sporting funky sunglasses. The post read, “The person who dreamt incomprehensibly big n transcended boundaries of language, culture n cinema to achieve a global appeal. To the man with an unparalleled following, wishing u long life n success. To our Paramount #Prabhas a very Happy B’day.”

The person who dreamt incomprehensibly big n transcended boundaries of language, culture n cinema to achieve a global appeal. To the man with an unparalleled following, wishing u long life n success.

In another picture, Prabhas looked away from the camera. He had dirt and grease on his hands and t-shirt. Sharing the picture, the Salaar team once again wished him, “Time for the Rebel to Revel up Wishing our one and only Violent Man, #Prabhas a very Happy Birthday.”

Meanwhile, Prabhas also appeared to be having a great time in yet another glimpse from Salaar sets with Prashanth. The director tweeted, “Happy birthday Darling! Have a great year and we will try our best in making this year extra special for you.”

Reacting to the first look of Prabhas from sets of the film, a fan wrote, “Mass god is Back.” Another one replied, “This is the only hope we see in Prabhas upcoming movies.” “If Prabhas looks good, the film will become a hit even if the story is not good,” commented someone else.

Earlier in the day, Project K and Adipurush who unveiled new posters on his birthday. In Project K, Prabhas will be seen with Deepika Padukone and Amitabh Bachchan. For Adipurush, Prabhas will appear as Raghava, alongside Saif Ali Khan, Kriti Sanon and Sunny Singh.

Besides this, the actor also has filmmaker Sandeep Reddy Vanga’s Spirit. He is also collaborating with Maruthi, and RRR producer DVV Danayya for a supernatural action-thriller.