Salman Khan down with dengue, but recovering well 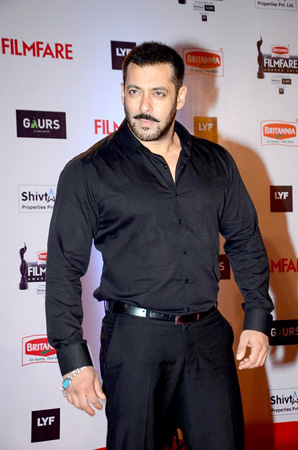 Salman Khan has taken a pause from work after getting diagnosed with dengue. The festive season is upon us but, amid the glitz and glamour, it’s superstar Salman Khan who will be opting out of Diwali parties this year. Salman has been diagnosed with dengue. Before fans get upset with the news, his manager tells Hindustan Times, “Salman contacted dengue and is recovering well now.”

Salman was last seen on the sets of Bigg Boss 16. While he will not be a part of Colors TV’s upcoming episode Weekend Ka War, he will resume work soon after his recovery. His team also shared that he should be fine to resume work sooner than you think. “He will be fine to start shooting after Diwali,” updated his manager.

Currently, Karan Johar has stepped into Salman’s shoes. The new promo for the show features the filmmaker inside the Bigg Boss house. The reality TV show is also believed to announce the news of Salman’s health scare on the show. However, the new teaser gives no update.

On the film front, Salman Khan recently announced the much-awaited release dates of his upcoming films. He is all set to bring back his magic on the big screen, starting with Kisi Ka Bhai Kisi Ki Jaan on Eid. Earlier, he also unveiled a new look from the film and teased his fans, “Woh tha kisi ka bhai, yeh hai kisi ki jaan … #KisiKaBhaiKisiKiJaan.”

Kisi Ka Bhai Kisi Ki Jaan will be followed by Salman’s return as agent Tiger in the upcoming Tiger 3. Directed Maneesh Sharma, it will mark his reunion with Katrina Kaif.

It also has Emraan Hashmi and will release on the occasion of Diwali 2023.