Ahmad Ali Butt fainted while his wife was giving birth 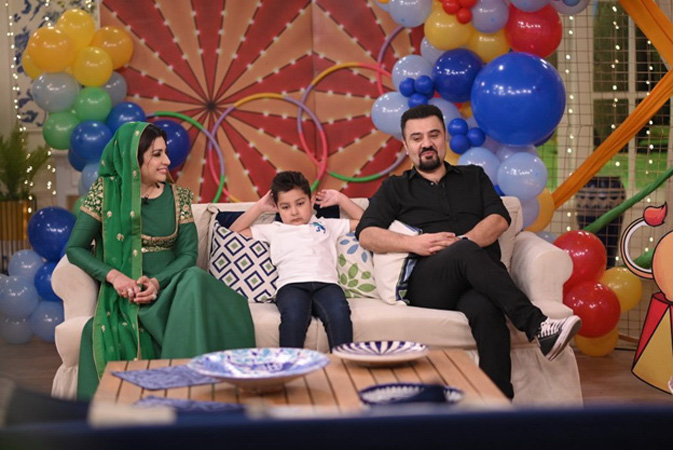 Ahmad Ali Butt recently joined the “Good Morning Pakistan” show hosted by Nida Yasir where Ahmad Ali Butt and his wife Fatima Butt talked openly about the time of birth of their son Azaan Ahmad Ali Butt. Fatima Butt told that Azaan was born in London and there was a policy that the husband has to be there with the wife to support her at the delivery time whereas in Pakistan men have not experienced anything. She further said that in the West they also train husbands about the birthing experience. So when the process was started one person tilts sideways and fainted on the floor because of which all her doctors were helping Ahmad ahead of her. Ahmad laughs and said this is why we are not having another child. Ahmad Ali Butt claimed that it was a big blessing from Allah to have a child and it’s always a life changing experience for a couple as well as a big responsibility. Whereas on the other hand for a woman it’s very difficult and completely a breakdown after which she have to rebuild herself again.