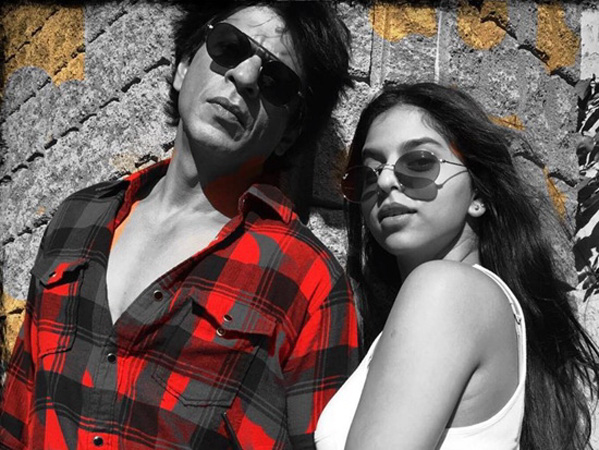 Suhana Khan channelled her love for six yards of grace for the Diwali season and fans are loving it. On Saturday, she treated them to new pictures of her look from Manish Malhotra’s Diwali party in Mumbai. Not only it has grabbed the attention of her fans and friends, but Suhana has also got compliments from her parents Shah Rukh Khan and Gauri Khan.

In the pictures, Suhana posed while holding the pallu of her sequinned beige saree, paired with a spaghetti-strap blouse. Sharing the post, she ditched a wordy caption and added only a yellow heart emoji. She also tagged designer Manish Malhotra.

While responding to her pictures, Gauri Khan wrote, “Sarees are so timeless.” Shah Rukh Khan added to the comment section, “The speed at which they grow up, defies the laws of time….so elegant & graceful (did u tie the saree urself??!! )” Replying to him, Suhana revealed it was Gauri who helped her with the saree. “@iamsrk love youuu uhh no @gaurikhan did it for me,” she said.

Suhana Khan attended the party at Manish Malhotra’s house along with her friends–Ananya Panday, Navya Naveli Nanda, Shanaya Kapoor and Janhvi Kapoor. After a few paparazzi videos of her surfaced online, many fans felt resembled Deepika Padukone. While one fan called her, “Next Deepika Padukone”, another said, “She looks like DP.” One more fan said, “For a sec I thought it was Deepika.”

Suhana will be making her Bollywood debut with Zoya Akhtar’s The Archies. Releasing next year on Netflix, it also has Khushi Kapoor and Agastya Nanda.