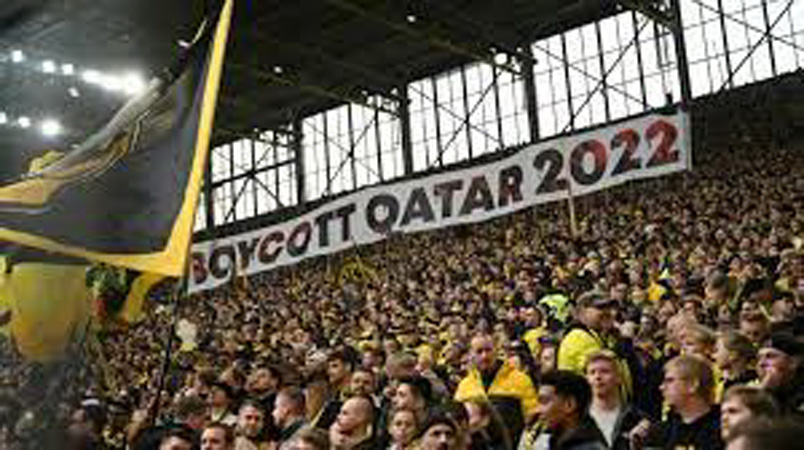 DORTMUND: Fans in Borussia Dortmund’s famous ‘Yellow Wall’ standing section unveilled several banners targeting police brutality as well as the Qatar World Cup on Saturday. One banner, which German newspaper Der Westen said was unveilled by ultra group ‘Desperados’, read ‘Police Do(rtmund) – killing two more times and then it will be Christmas – For an independent police complaints office’. Another targeted North-Rhine Westphalia Interior Minister Herbert Reul, reading @Reul: Your tasers have a preventative and de-escalating effect? In Dortmund, they cost lives! The banners were produced in response to two incidents in which men died as a result of police actions. The first took place in August when a 16-year-old immigrant was shot dead by police in the Dortmund district of Nordstadt, while the second relates to the police use of a taser on a homeless man on Wednesday. The man later died in custody. Critics allege the police investigations into the incidents, which are being conducted by a different police department, are not sufficiently independent. Another banner unveiled early in the game called for a boycott of the 2022 Qatar World Cup.