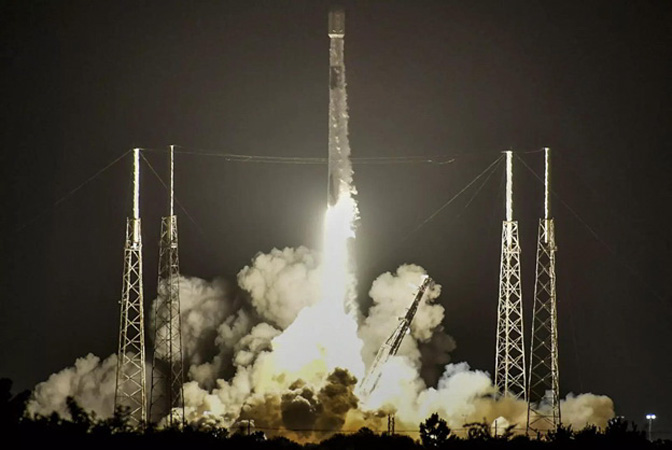 SpaceX has launched 54 Starlink satellites to enhance the internet constellation. The launch took place from Florida’s Cape Canaveral Space Force Station. According to SpaceX, the first stage booster returned in less than nine minutes after launch on the SpaceX droneship ‘A Shortfall of Gravitas’. The satellites deployed into low Earth orbit, around 15 minutes after liftoff. During the live commentary, SpaceX Space Operations Engineer Siva Bharadvaj said, “With the completion of today’s launch, it marks SpaceX’s 48th successful Falcon 9 mission of 2022”. With more than 3,100 operational satellites in orbit, Starlink aims to provide internet service for remote areas and plans to expand tenfold. The company has provided internet service to Ukraine as the invasion of Russia ravages the country. Musk’s company has already recorded 31 launches in 2021 and 50 in 2022, with a combination of satellites devoted to Starlink, NASA, and US military.