A PM was disqualified for ‘not taking salary’ 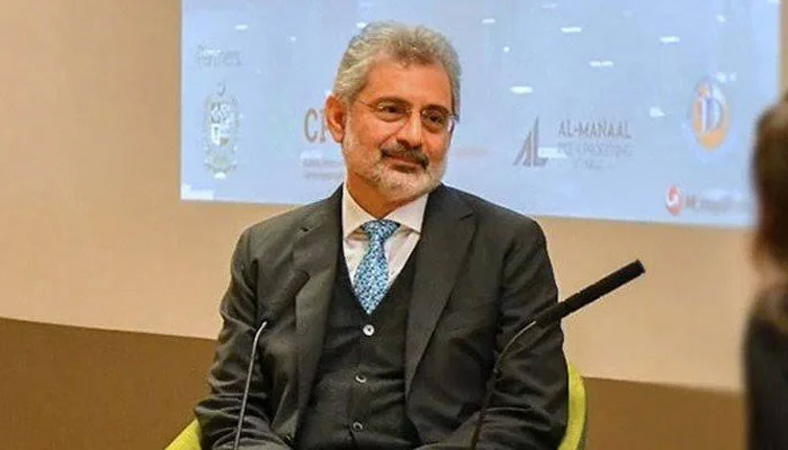 Making a veiled reference to the former prime minister Nawaz Sharif’s disqualification by Supreme Court in 2017, Justice Qazi Faez Isa Saturday said a prime minister was declared unfit for any public office because he refused to take a salary from his son, a private TV channel reported. “I will not comment on the decision, but it reads that: You (Nawaz Sharif) did not declare the salary you were to receive. By not declaring that salary, you have misrepresented the facts before the court that’s why you are not a good Muslim,” Isa quoted the text of that verdict while speaking at 4th Asma Jehangir Conference. Summarising the country’s turbulent democratic history punctuated by occasional military interventions, Justice Isa said the first attack on democracy was perpetrated by a bureaucrat Ghulam Mohammad. “The constitution clearly lays down the distribution of authority for different institutions and the judiciary is one of them,” he said. The SC judge said Bhutto was tried by a civil court, not a military court. “I was on the bench that took up the case of establishment of military courts.” “I was the most junior judge and a part of the minority decision.” “Pakistan needs both judiciary and executive and it also needs the military as a part of the executive; however, what it needs the most is a [democratic] peoples-elected government.”

He said removing democracy from Pakistan would be tantamount to stabbing the country in the back and committing treason. “Everyone should respect the constitution.” Moving ahead, Justice Isa said the third attack on democracy came from General Ziaul Haq. “The constitution was torn apart, but a petition against the act was declared admissible.” General Pervez Musharraf breached the constitution fourth time in the history of the nation, and the Supreme Court even authorised a salaried government servant to amend the constitution.

The justice said criticism should be targeted at the one who abused his/her powers and not the institution. “Crticise the general by name who breached the constitution and not the armed forces of Pakistan; disagree with me as a judge, but do not condemn the Supreme Court.” he said. “Under Article 5, all of us including me are bound to abide by the constitution,” he added. Justice Isa said that if a citizen monitoring institution for democracy was established, it could monitor those getting salaries and pensions from the government. He said he would place General Ayub Khan, General Zia-ul-Haq and General Pervez Musharraf on the executive’s blacklist and the first and second army chiefs of Pakistan on the whitelist. He said Ayub Khan had asked for a plot from the army chief. Later, the army chief was removed and the politics revolving around plots started. “Politics of plots is very famous in Pakistan,” he said. Justice Isa said that he will not point fingers at any institutions. “I was a chief justice at the Balochistan High Court for five years and judges cannot say that they are under pressure. If someone says that he is under pressure then he is not following the oath he has taken,” he remarked. He recalled that once he watched the interview of a chief justice that brought tears to his eyes. “That chief justice said that the verdict of the Bhutto case was given under pressure,” said Justice Isa. “It is the Constitution that keeps the country united.”