Are they saviors or abductors? 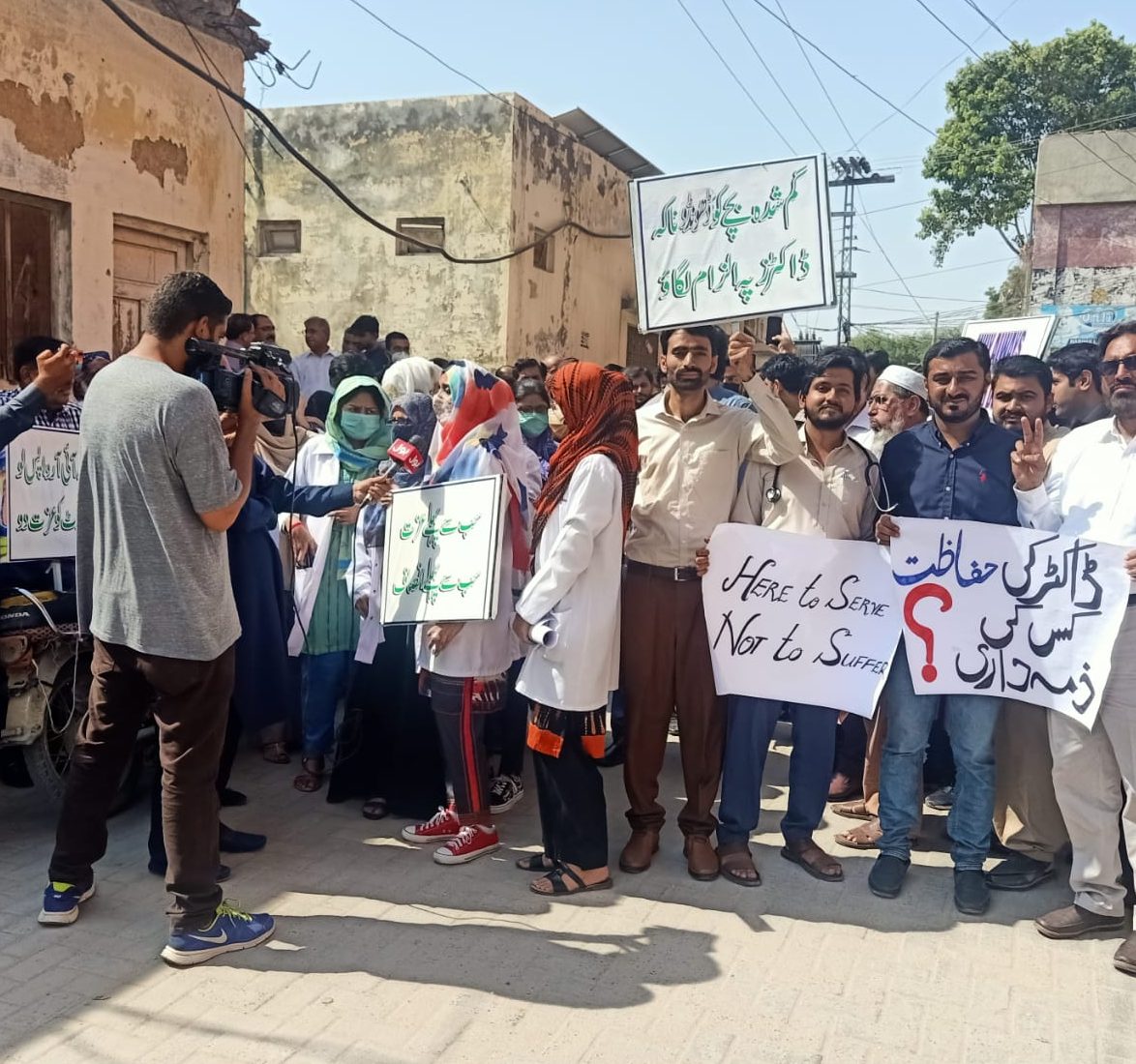 A 16-day-old baby boy named Ghalib was tragically taken away by an unidentified woman two days later, on October 13, after being brought to the NICU of the Ghulam Muhammad Mahar Medical College Hospital in Sukkur by his grandparents for intensive care on October 11th.

The baby’s grandparents, Abdul Ghani and Nazeera, rather than his parents, brought the child to the hospital from Kandhkot city, according to the sources. The newborn named Ghalib was taken by an unidentified woman who claimed to be the abducted child’s aunt on October 13, 2018, around 1:00 pm, while the child was receiving care in the NICU.

The family of the child, who had placed their faith in the medical professionals and had left their child in their care, was shocked to learn today that a third criminal had abducted their child by imitating them in appearance and behavior and duping the medical professionals. Instead of accepting the doctors as their messiahs, parents brought charges against staff nurses, house officers, and professor doctors for their involvement in the kidnapping of their child. In addition, the police moved swiftly to file an “FIR” against doctors and paramedics who were only there to treat the infants and not to provide security to them.

Security is not a doctor’s responsibility; rather, the police and administration are responsible for it. Is it necessary to make the doctors the scapegoat if hospital security was unable to stop the occurrence and the district police were likewise unsuccessful in identifying the true offender?

Doctors claim that while they are extremely surprised by the kidnapping of the child, they are even more disturbed when other doctors are accused of being the culprits because such charges negatively impact the doctors’ reputations.

It’s a sad state of affairs that the baby attendants are now blaming the doctors for the kidnapping of the same child, and FIR has also been registered against those Doctors and staff nurses who served that innocent baby. The baby attendants had thought that when they brought their baby to the hospital, he would receive proper care from experienced hands.

The child’s family had lost sight of the fact that the doctors they employ treat and save patients’ lives, not abduct them. The subject of kidnapping is puzzling since doctors can never even fathom harming or causing harm to their patients.

How would you answer to individuals who believe that Doctors are the second-largest force for saving lives after God if you accused them of kidnapping?

Think at least once before making such charges against medical professionals, who are always in danger of contracting numerous diseases. If they quit caring for you, then who will?