Katrina Kaif thought her life, career was over after being ‘thrown out’ of Saaya 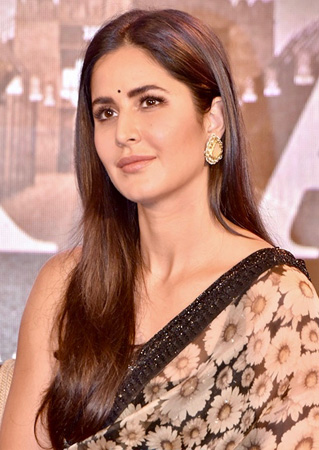 Actor Katrina Kaif revealed that she thought her life as well as her career was over after she was replaced in the film Saaya. In a new interview, Katrina said she was removed after she filmed for ‘just one shot’. Katrina said she cried when she was told that she ‘can’t be an actor and there’s nothing good’ about her.

Saaya, a supernatural fantasy romantic thriller, released in 2003. The film was directed by Anurag Basu and produced by Mahesh Bhatt. It is an adaptation of the 2002 Hollywood film Dragonfly. John Abraham, Tara Sharma, Mahima Chaudhry, Zohra Sehgal and Rajendranath Zutshi were part of the film.

In an interview with Bollywood Bubble, Katrina said, “I got thrown out, not thrown out, let’s say replaced in a film called Saaya which was an Anurag Basu film with John Abraham and Tara Sharma. After shooting one shot, not one day but just one shot. At that time I thought my life was over. I thought my career was over.”

She added, “Everyone faces rejection I think as an actor. Maybe not everyone, a lot most actors will face rejection and will hear no a lot. And that’s why you have to develop that resilience if you want to be an actor. I’ve had people to my face say, when I first started out, ‘You cannot be an actor and there’s nothing good about you’, straight. I cried then too, so crying helps. But then you hold onto the vision you have, you work hard and you got to be resilient.”

Katrina will next be seen in Gurmmeet Singh’s horror comedy Phone Bhoot. The film also features Ishaan Khatter and Siddhant Chaturvedi. It is scheduled to release on November 4. She will also be part of Jee Le Zaraa with Alia Bhatt and Priyanka Chopra. Katrina also has the upcoming action thriller film Tiger 3 alongside Salman Khan. She is also a part of director Sriram Raghavan’s film Merry Christmas opposite Vijay Sethupathi.