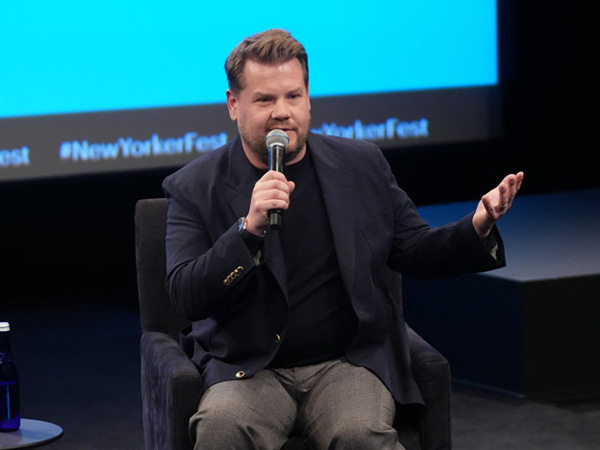 Just days after restauranteur Keith McNally shared that he banned the Late Late Show host from one of his New York City restaurants for his alleged “abusive” behavior (with McNally later noting that Corden called to make amends after his post), the host has addressed the chatter.

In an interview with the New York Times, the publication noted that during their sit-down with Corden at a restaurant, a patron nearby sent her dish back.

“Can you imagine now, if we just blasted her on Twitter?” Corden said during the Oct. 20 interview. “Would that be fair? This is my point. It’s insane.”

“I haven’t done anything wrong, on any level,” he continued. “So why would I ever cancel this [interview]? I was there. I get it. I feel so Zen about the whole thing. Because I think it’s so silly. I just think it’s beneath all of us. It’s beneath you. It’s certainly beneath your publication.”

ICYMI, in an Instagram post shared on Oct. 17, McNally said he banned Corden for his alleged “abusive” behavior at Balthazar’s New York location and at Cafe Luxembourg.

“James Corden is a Hugely gifted comedian, but a tiny Cretin of a man,” McNally wrote. “And the most abusive customer to my Balthazar servers since the restaurant opened 25 years ago.”

McNally went on to write that he doesn’t often “86” a customer but felt he had to with the comedian, going on to include “examples of the funny man’s treatment of my staff.” Hours later, McNally shared that Corden called him to make amends.

“James Corden just called me and apologized profusely,” McNally wrote in a separate Oct. 17 Instagram post. “Having f–ked up myself more than most people, I strongly believe in second chances.”

Two days later, McNally reflected on the situation, explaining that he found himself at a crossroads. “Feeling strange about the James Corden thing,” he captioned an Oct. 19 Instagram post. “On the one hand, he was definitely abusive to my staff, on the other hand, I feel really sorry for him right now. Like most cowards I want it both ways. F–k it, I’m going to get drunk.”