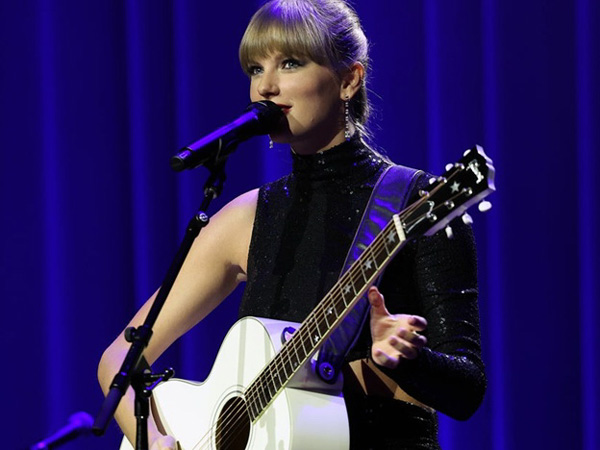 Why? Because while fans knew they were getting 13 tracks on Taylor Swift’s new album Midnights, they didn’t know she’d also drop seven additional songs.

Just hours after her 10th studio album was released at the stroke of midnight on Oct. 21, the singer, 32, announced the extra tunes at 3 a.m.

“Surprise!” Swift wrote on Instagram. “I think of Midnights as a complete concept album, with those 13 songs forming a full picture of the intensities of that mystifying, mad hour. However! There were other songs we wrote on our journey to find that magic 13. I’m calling them 3am tracks. Lately I’ve been loving the feeling of sharing more of our creative process with you, like we do with From The Vault tracks. So it’s 3am and I’m giving them to you now.”

The songs-which are part of Midnights (3am Edition)-include “The Great War,” “Bigger Than the Whole Sky,” “Paris,” “High Infidelity,” “Glitch” “Would’ve, Could’ve, Should’ve” and “Dear Reader.” “What keeps you up at night?” Swift added on Instagram. “It’s a momentary glimmer of distraction. The tiniest notion of reminiscent thought that wanders off into wondering, the spark that lights a tinderbox of fixation. And now it is irreversible. The flame has caught. You’re wide awake.”

The 11-time Grammy winner previously teased there would be a “special very chaotic surprise” at 3 a.m. However, fans still had no idea what was in store and reacted to the drop on Twitter.

But this wasn’t the last release of the day. Swift-who’d been dropping clues and insights on the album ever since announcing Midnights at the 2022 MTV VMAs in August-also premiered the music video for her song “Anti-Hero” at 8 a.m. EST. The lyric videos are also set to debut at 8 p.m. EST. And just a few days later, the excitement will begin again when the musician debuts her second Midnights music video at 12 a.m. EST on Oct. 25.

“Midnights is a collage of intensity, highs and lows and ebbs and flows,” Swift wrote on Instagram. “Life can be dark, starry, cloudy, terrifying, electrifying, hot, cold, romantic or lonely. Just like Midnights. Which is out now.”