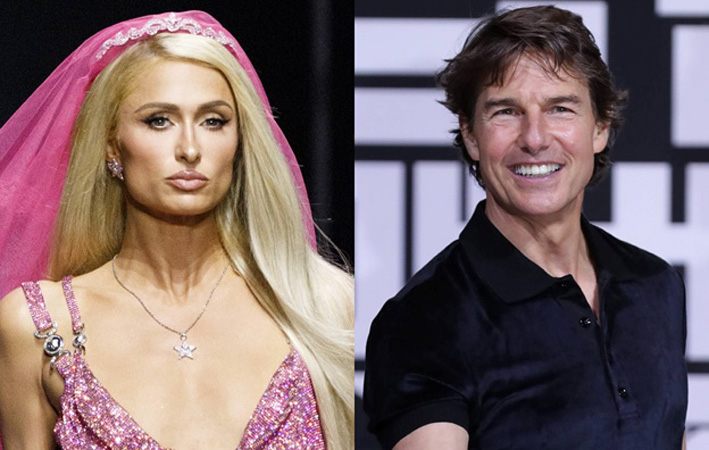 Paris Hilton has shared a video of a deepfake version of Tom Cruise singing Elton John’s ‘Tiny Dancer’ to her. In a video posted to her TikTok, the reality TV star stands next to a young Cruise who is wearing a robe, and asks him: “Tom, can you sing me that song again?” The man who is posing as the Mission Impossible actor, replies: “Which one?”

“You know which one,” Hilton responds, before ‘Cruise’ serenades her with John’s 1971 hit.

Hilton can be seen bopping to the song in her signature velvet pink tracksuit and heart-shaped sunglasses while holding her dog.

“It’s good but not great, you should stick to acting,” she tells him. “Yeah, I probably should,” he replies.

“I’m very confused but vibing,” one viewer commented. Another added: “I don’t understand what I’m watching but I’m here for it.”

Last month, John and Britney Spears shared the music video for their recent collaborative single, ‘Hold Me Closer’, which featured an interpolation of ‘Tiny Dancer’. The video was shot in Mexico City and directed by award-winning filmmaker Tanu Muino (Lil Nas X, Harry Styles, Cardi B). Elsewhere, this month Cruise revealed that he is set to perform a spacewalk for an upcoming film, making him the first civilian to do so.

Speaking to the BBC, Universal chairwoman Dame Donna Langley said that, if all goes to plan, the actor will be sent into space to film scenes on and outside the International Space Station.

“Tom Cruise is taking us to space. He’s taking the world to space. That’s the plan,” she said.