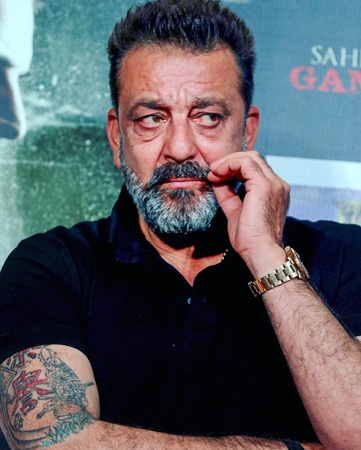 Dhruva Sarja and director Prem’s new movie, previously referred to as KVN 4, has been titled KD The Devil. The makers announced the same on Thursday, October 20, with a teaser. Sanjay Dutt, who lent his voice to the video’s Hindi version, attended the event and spoke about his love for South Cinema. The star also offered advice to Bollywood. KD The Devil is an actioner that will be released in multiple languages.

Sanjay Dutt, who received rave reviews for his work in KGF Chapter 2, has showered praise on South cinema. Speaking at the title and teaser launch of KD The Devil, he said that he loves the South film fraternity’s passion. He also pointed out that it manages to celebrate machismo quite well.

“I have done KGF and SS Rajamouli is a good friend. I can see so much of passion, love, and energy in the movies made in the South. They celebrate heroism. In Mumbai, we must not forget our roots. I enjoyed working in KGF with Yash, Prashanth and Hombale Film. And, now, I look forward to working with Dhruva,” he said.

KD The Devil is a stylish action drama, directed by Prem. The filmmaker is known for directing high-profile films such as The Villain and Jogi. KD The Devil is produced by KVN Productions. Its music will be composed by Arjun Janya. KD The Devil will be released in Kannada, Hindi, Tamil, Telugu, and Malayalam. Recently Sanjay Dutt appeared in Karan Malhotra’s directorial Shamshera which was a huge flop. The much-anticipated film starred Ranbir Kapoor and Vaani Kapoor along with Sanjay Dutt. Apart from Shamshera Sanjay also appeared in Akshay Kumar starrer Samrat Prithviraj which was again a huge flop.