Unhappy and unwanted: What’s next for Manchester United malcontent Ronaldo? 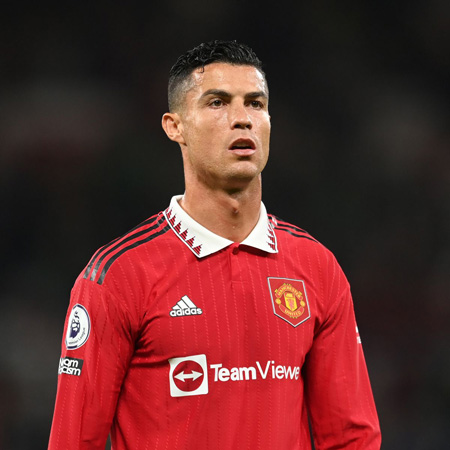 LONDON: Cristiano Ronaldo and Manchester United are locked in a stand-off after Erik ten Hag punished the star for his Tottenham tantrum by dropping him from the squad for Saturday’s clash with Chelsea. The United boss laid down the law after the superstar striker refused to come on as a substitute in the final minutes of Wednesday’s impressive 2-0 win against Spurs at Old Trafford. Ronaldo and Ten Hag could end their stormy relationship when the transfer window opens in January, but it is not certain there will be a suitable buyer for the 37-year-old despite his status in the game. A look at what could happen next for Ronaldo.

Find a Champions League suitor: If Ronaldo’s time at United is coming to an end, he will likely be desperate to salvage some pride by joining a club in the Champions League. That was his wish when he tried to engineer a move in the aftermath of United’s failure to qualify for the competition last season. But Ronaldo overestimated his own value, a stark reality that became clear when giants such as Paris Saint-Germain, Real Madrid and Bayern Munich opted not to move for the Portugal international. Chelsea, Atletico Madrid and Napoli were other clubs linked with a player entering the twilight of his career.

Chelsea co-owner Todd Boehly was reportedly keen on the five-time Ballon d’Or winner despite his decline, but then-boss Thomas Tuchel refused to countenance the prospect of introducing the volatile Ronaldo to his squad. With Tuchel since sacked and the more “collaborative” Graham Potter now in charge at Stamford Bridge, it will be intriguing to see if Chelsea make a move. Sporting Lisbon, the Portuguese club where Ronaldo started his professional career, could be interested if their former player, who this month scored his 700th club goal, is willing to accept a huge pay cut. If United are willing to rip up the remainder of Ronaldo’s contract, which expires at the end of this season, it would also make him more attractive as it would remove a transfer fee from the equation.

Take the money and run: Ronaldo reportedly rejected a lucrative offer from a Saudi Arabian club during his attempt to leave Old Trafford, with the player apparently not ready to consider playing outside Europe’s elite leagues. But with his position at United now considerably weakened after the club took disciplinary measures against him, it is possible that anywhere but Old Trafford is now a desirable destination for the five-time Champions League winner. Ronaldo is understood to have alienated dressing room allies after his touchline tantrum and has reportedly been critical of Ten Hag’s training methods. With that in mind, resurrecting a move to the Gulf could be on the agenda for Ronaldo’s agent Jorge Mendes. Major League Soccer’s Inter Miami, part owned by Ronaldo’s former United team-mate David Beckham and managed by Phil Neville — another ex-Old Trafford colleague — might also be an appealing and lucrative option.

Swallow pride?: If Ronaldo cannot find a suitable new club, would he be willing to stay at United in a bid to repair his tarnished reputation? Sections of the support who idolised him in his successful first spell at the club from 2003 to 2009 have grown tired of Ronaldo’s antics but a final uplifting chapter to his United story cannot be completely ruled out. That will largely depend on Ten Hag, who banished the former Real Madrid and Juventus star from first-team training after dropping him for the Chelsea game. Ronaldo has apparently found the Ajax manager a much tougher proposition than the Dutchman’s predecessors Ole Gunnar Solskjaer and Ralf Rangnick, who accommodated the forward last season. Publicly, Ten Hag insists Ronaldo remains “an important part of the squad”, while the striker reacted to his omission from the Chelsea game by saying he would “keep working hard” to get back in the team. If Ronaldo and Ten Hag can bury the hatchet, it could be mutually beneficial, at least until the end of the season.