‘Sardar’ — Karthi is brilliant in this ambitious film, overloaded with message

Karthi is on a roll! After a rustic Viruman and the phenomenal Ponniyin Selvan, he is back with director PS Mithran’s Sardar. ‘Once a spy, always a spy,’ is the one-liner attached to this espionage thriller that deals with an environmental hazard. It is safe to say that Sardar has elements that Kamal Haasan-Lokesh Kanagaraj’s Vikram had. Even though both films are cut from the same cloth, they are also different.

Vijaya Prakash (Karthi) is a police inspector, who is haunted by the ghost of his past. His father Sardar (again played by Karthi) is branded as a traitor. Since his childhood, Vijaya Prakash has been bogged down by the tag. Meanwhile, activist Sameera (Laila, in a short role) steals an important document concerning Sardar, which starts a chain of reaction. Who is Sardar? Why was Laila killed? Is Sardar alive? These questions are answered by PS Mithran in the following two-and-a-half hours.

Director PS Mithran is three films old. One thing that Mithran relies on is packaging his film with his findings from the pre-production. It also gives a feeling that Mithran spends ample time in pre-production and amply researches a given topic. While his debut film Irumbu Thirai dealt with cybercrime, his second film, Hero, talks about one’s identity. In Sardar, Mithran delves deep into water theft, which is a growing concern in the country. Laila uncovers an important truth about water being commercialised and tries her best to bring Sardar out of prison to put a full stop to this. Because Sardar is the best agent India has ever produced and everything is possible for him. 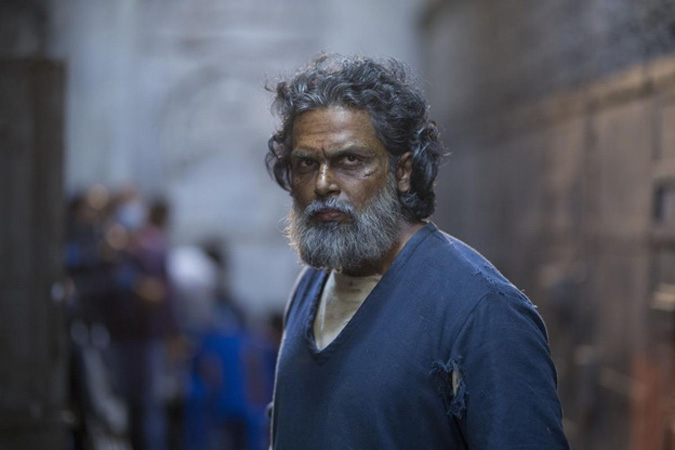 Sardar is a film that suffers from an overload of information. However, Mithran does not repeat the mistake he made with his second film, Hero. In Sardar, he picks two important subplots – water theft and reunion of father-son – and concentrates on them. The screenplay keeps you engrossed, and therefore, it pays off to a great extent.

The character build-up to the father’s role is tastefully done and makes you want to know who the agent everyone’s raving about is. The heavy-concept film bombards the audience with information and most importantly, lays it bare for people of all ages to understand and comprehend.

However, Sardar is not a film without shortcomings. The film becomes too convenient in many places. For example, Karthi’s characters get everything in the blink of an eye. But, you can not question how he gets everything done. The screenplay also lags in the second half, which waters down the impact it created until then. Also, Sardar is shown as a character who is ageing and suffers from trembling hands. When it comes to fight sequences, he is flawless. But, you cannot question how!

Karthi’s splendid acting as the father and son is brilliant. His nonchalant performance is what makes him desirable. Chunky Panday as the mastermind behind the water theft is appropriate. However, his characterisation could have been more powerful to put up an equal fight with a terrific Karthi.

Sardar is a solid film with a strong core idea. With a few misses here and there, the film makes for a compelling watch.