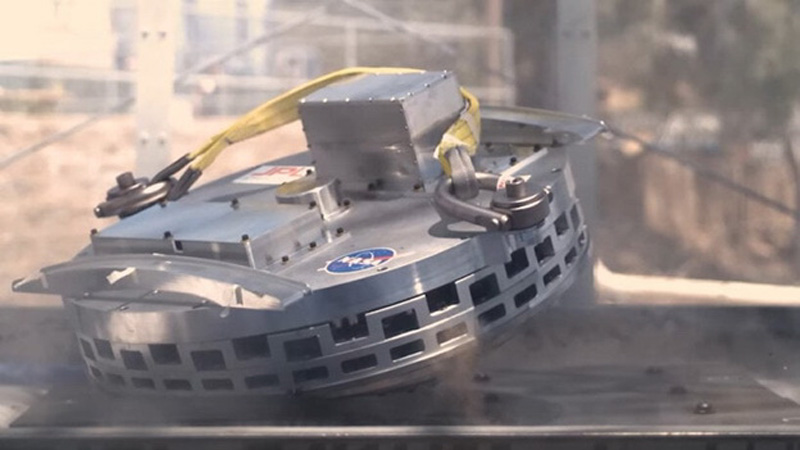 NASA’s most recent method to get machines onto Mars involves crashing its rover onto the surface. Spectacular high-definition footage captured last year how NASA deployed parachutes and jetpacks in an effort to get its Perseverance rover onto the planet safely. However, currently, NASA’s Jet Propulsion Laboratory (JPL) in Southern California is testing ways to get apparatus onto the martian surface, by deliberately crash landing. The Simplified High Impact Energy Landing Device (SHIELD) lander concept could prove to be a stepping stone for future Mars missions in a much low-cost way. The video released on YouTube explains how SHIELD will use a collapsible, accordion-like base to absorb the energy of a hard landing. In the experimental test conducted, SHIELD was hurtled towards the ground from a 90-foot tall tower, onto a steel plate as a way to ensure that the landing was harder than the experience would be on Mars. The landing causes the base to crumple as it smashes into the plate at 110mph, but the components inside remain intact and safe.