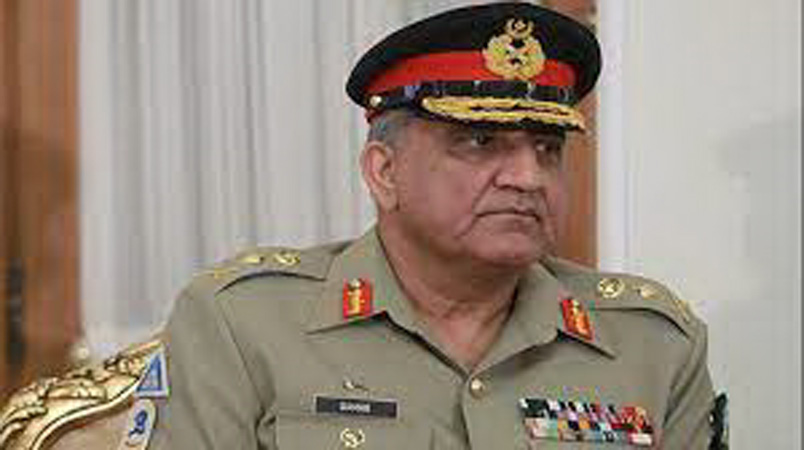 Chief of Army Staff (COAS) Gen Qamar Javed Bajwa said on Friday he would not be seeking another extension in his tenure, which ends on November 29, asserting that the army had decided to distance itself from the country’s politics, a private TV channel reported. The army chief was addressing the 24th National Security Workshop at the National Defense University (NDU) on Friday where attendees included lawmakers, businesspeople, media persons, and military officials. According to the TV channel, the army chief said that he was not taken into confidence by the then government on his last extension, but he reportedly added that it was a ‘mistake’ to accept it. The army chief further said that since February 2021 the military had completely detached itself from politics and that it had not given any “political guarantee” to anyone neither had it given an “NRO” to any politician.

Gen Qamar further said that negotiations had taken place between Imran Khan’s Pakistan Tehreek-e-Insaf (PTI) and the coalition government. However, he denied the military or anyone from the military was involved or acted as a go-between. About the much-hyped long march of PTI, the army chief said that the party had the democratic right to stage the march, but nobody would be allowed to create chaos or a law and order situation. He added that if called in by the government in aid of the civil administration to maintain order, the military would fulfil its constitutional obligation. According to a statement issued by the ISPR, General Bajwa said the national cohesion and unified response to guard and promote Pakistan’s national interests were imperative for progress.

The COAS visited the National Defence University (NDU) and delivered a talk to the participants of 24th National Security Workshop and spoke on various challenges to national security and response measures, an Inter Services Public Relations (ISPR) news release said. While talking to the participants, the Army Chief said, “Pakistan has faced many challenges but came out stronger every time. Our fight against terrorism is one such example which only succeeded due to the united nation’s approach.” The COAS emphasized that peace and stability could only be achieved if rule of law and state writ were established.