Imran Khan may get instant relief from high court: expert 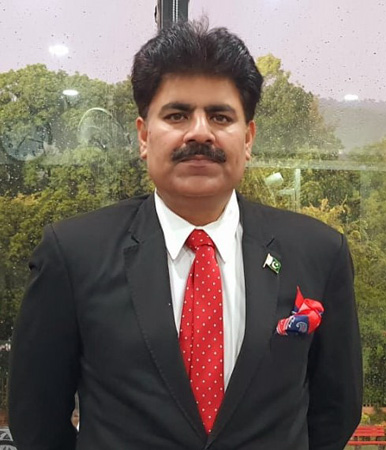 Advocate Supreme Court and renowned constitutional expert Hafiz Ahsaan Ahmad Khokhar has said the Election Commission of Pakistan has stretched its jurisdiction from violations of certain provisions of Election Act 2017 to Article 63 P of the Constitution.

He said it is very much likely that the decision of the Election Commission will not be sustainable in appellate forums on many legal grounds, including that whether the Election Commission of Pakistan being an administrative or quasi judicial forum can hold a disqualification under Article 63 of the Constitution of a member of Parliament, and that would be a moot legal point for the Constitutional courts in next round of litigation.

He further said that the Parliament has not specifically given any power to determine the qualification or disqualification mentioned in Article 62 and 63 of the Constitution of a member of Parliament in Article 218(3) or in Election Act 2017 to the Election Commission of Pakistan, and where there is no such power clearly given or prescribed in law, the order passed by the Commission relating to determination of qualification or disqualification with reference to Article 62 and 63 of the Constitution would not be an order being competently passed and would be maintainable in law.

Hafiz Ahsaan Ahmad Khokhar further stated that though it is a good case on facts with reference to under section 137 read with section 173 D of the Election Act 2017 to the extent of declaration whereby every Member of an Assembly and Senate shall submit to the Commission, on or before 31st December each year, a copy of his statement of assets and liabilities including assets and liabilities of his spouse and dependent children as on the preceding thirtieth day of June on Form B, and where a member submits the statement of assets and liabilities under this section which is found to be false in material particulars, he may, within one hundred and twenty days from the date submission of the statement, be proceeded against for committing the offence of corrupt practice but on the other side such corrupt practices could not be determined until a regular procedure of trial would take place by a competent court, which the Election Commission of Pakistan lacks the jurisdiction.

He said that there would be another point in future litigation of the present case that after tendering resignation of a member can Speaker of Nation Assembly send a reference against a member to the Election Commission of Pakistan.

Khokhar said that there could be no set formula fixed section 137(4) of Election Act 2017 with regard to any omission to list an asset and make a declaration of dishonesty and impose the penalty of lifetime disqualification, unless dishonesty was established in appropriate judicial proceedings.