One in nine children in flood-hit areas suffering from malnutrition 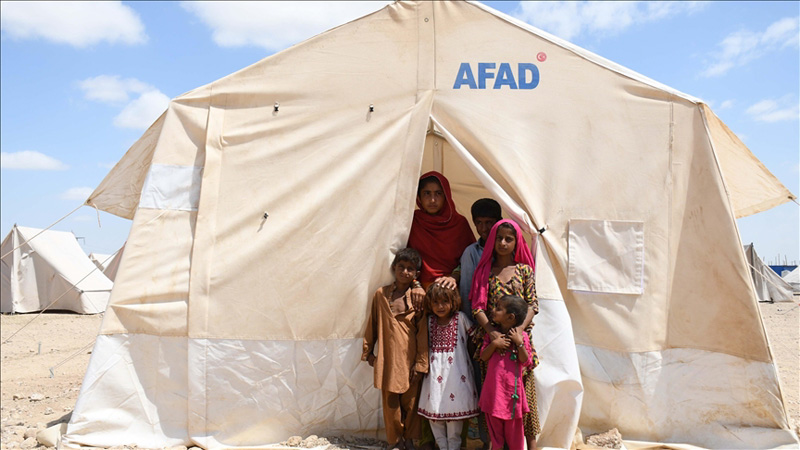 One in nine children under 5 years of age admitted to health facilities in Pakistan’s flood-battered areas are found to be suffering from “severe acute” malnutrition, according to a UN report.

The report released by UNICEF on Friday warned that the health facilities are reporting alarming levels of severe acute malnutrition among children in southern Sindh and southwestern Balochistan provinces, the two worst-hit regions in last month’s devastating floods.

In total, of the over 22,000 children screened by health professionals since September at health facilities in flood-hit regions, more than 2,630 were diagnosed with severe acute malnutrition.

Severe acute malnutrition, also known as severe wasting, is a life-threatening condition where children are too thin for their height, resulting in weakened immune systems.

Estimates based on the pre-existing malnutrition prevalence of the latest National Nutrition Survey indicate that close to 1.6 million children could be suffering from severe acute malnutrition and are in need of urgent treatment in flood-torn areas of Sindh and Balochistan, the report said.

Malnourished pregnant women, it added, are also at risk of giving birth to low birth-weight babies who will be malnourished.??

Devastating rains and floods last month submerged a third of Pakistan, killing nearly 1,700 people and inflicting a colossal loss of $30 billion in terms of infrastructure and agriculture.

Around 33 million people of the country’s nearly 230 million population were affected by the historic floods, with tens of thousands still taking refuge in shelter camps.

Even before the devastating floods, half of the children living in the now flood-affected districts were already stunted — an irreversible condition that stunts the growth, physical and cognitive development of children.

Likewise, the report further said, more than 40% of mothers suffered from anemia.

Only 13% of UNICEF appeal funded so far

A lack of safe drinking water and hygiene increases the risk of wasting, as unsafe water can cause diarrhea and prevent children from getting the nutrients they need to survive, the UN body said.

Over 5 million people, it maintained, no longer have safe drinking water sources and more than 6 million no longer have home sanitation facilities. As a result, the percentage of people practicing open defecation has increased from one-fifth before the floods, to over one-third of the affected population.

At the same time, water-borne illnesses are quickly spreading among children and families and cases of acute watery diarrhea, malaria, dengue fever, skin conditions, respiratory infections and other diseases are also sharply rising.

UNICEF has revised its appeal to $173.5 million, of which $35 million will go towards lifesaving nutrition services and $58 million towards essential water, sanitation and hygiene services.

However, only 13% of UNICEF’s appeal for the children and families of Pakistan has so far been funded, it added.

It also called for integration of nutrition into government health delivery services and increased allocation of government funding for nutrition in the long term.?