After over 4 years, Pakistan removed from FATF’s ‘grey-list’ 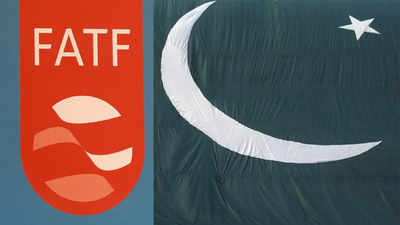 After a gap of over four years, Pakistan was removed from the Financial Action Task Force’s (FATF) ‘increased monitoring list’, also known as the ‘grey-list’, as the global money laundering and terrorism financing watchdog concluded its two-day Plenary in Paris on Friday.

“After a lot of work by Pakistani authorities, Pakistan has completed a combined 34 items in its action plan. FATF recognises this progress. A FATF team has verified that reforms are in place, and there is high-level commitment and capacity to sustain these reforms,” said Kumar.

To a question from the media, Kumar said there is still work to be done on the part of Pakistan. “All countries are subject to follow-ups, and Pakistan will have to work with the Asia Pacific Group (APG)” to ensure sustainable progress on the action plan, he added.

In its previous meeting in June, the FATF said it will conduct an on-site visit of Pakistan at the earliest possible date, as it acknowledged the “significant progress” the country made in strengthening its Anti-Money Laundering/Combating the Financing of Terrorism (AML/CFT) regime.

Last month, Pakistan’s foreign office also said a FATF technical team had conducted a “successful” visit and Islamabad was expecting a “logical conclusion” of the evaluation process in October.

This was the first FATF plenary to be held under the two-year Singapore Presidency of T. Raja Kumar.

Delegates representing 206 members of the Global Network and observer organisations, including the International Monetary Fund (IMF), the United Nations (UN), the World Bank, INTERPOL, and the Egmont Group of Financial Intelligence Units participated in the Working Group and plenary meetings in Paris.

Pakistan was added to the grey-list in 2018 and then given an action plan to address strategic counter-terrorist financing-related deficiencies by passing legislation and restructuring coordination between law enforcement and financial institutions.

The FATF last said Pakistan has completed all items in its action plan barring one: to demonstrate investigations and prosecutions against senior leaders of UN-designated militant groups.

Subsequently, a technical team of FATF, comprising counterterrorism experts, concluded its on-site visit of Pakistan last month, which was expected to lead to Pakistan’s exit from its grey list.

The 15-member delegation visited Pakistan from August 29 to September 5, 2022 and held meetings with the country’s leadership, besides getting briefings from relevant authorities on Pakistan’s implemented reforms, particularly the critical measures undertaken with regard to AML/CFT.