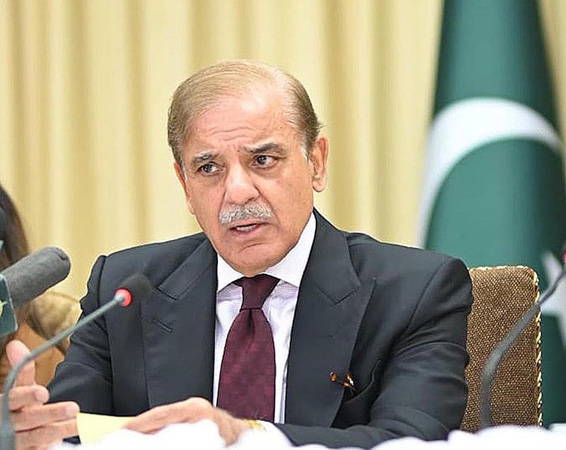 ISLAMABAD: Prime Minister Shehbaz Sharif on Friday said the government was planning to promote the use of electric vehicles in the country and would establish a network of the related charging infrastructure.

In this regard, the prime minister directed the departments concerned to present to him a comprehensive plan at the earliest.

Shehbaz Sharif also asked the Ministry of Trade and Industries, the Ministry of Power and Energy and the Board of Investment to extend every possible facility to the investors interested in the sector of electric vehicles.

He was chairing a high-level meeting on inclusion of electric buses in the fleet of public transport, the promotion of the electric vehicle industry and alternative energy resources.

The prime minister emphasized that to make the country sel f-sufficient in energy reserves, there was a dire need to develop renewable power resources.

He mentioned the recent approval given by the government for the launch of a 10,000 mega-watt solar project.

The solar project, he said, would not only reduce environmental pollution but also ensure the generation of cheap electricity by cutting reliance on costly imported fuel, thus saving valuable foreign exchange.

The meeting was presented with proposals on electric buses for public transport and was also updated on the increasing use of electric vehicles across the world.

It was informed that the development of industry and infrastructure of electric vehicles would significantly bring dow the country’s import bill besides opening up opportunities of foreign investment and employment.