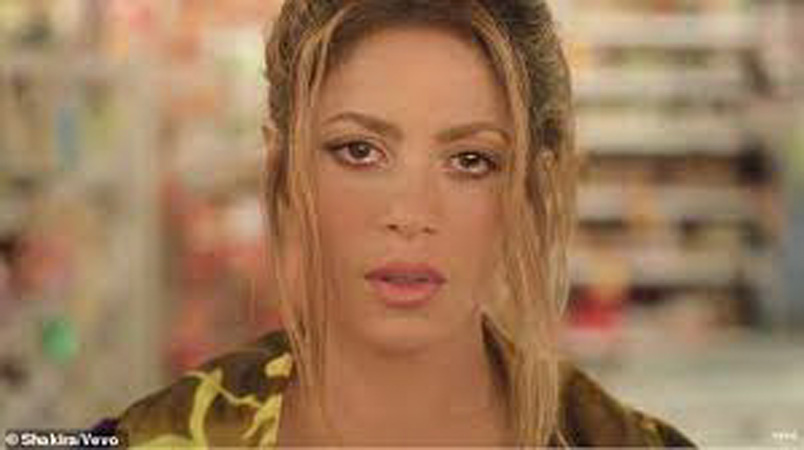 Shakira is trying to heal her heart-quite literally. In the music video for “Monotonía,” her new single with Ozuna, the singer is seen tearfully wandering a supermarket as she sings, right before her heart is blown out of her chest. In the three-minute clip, released on Oct. 19, Shakira then spends the rest of the time trying to figure out the best place she can put it for safe-keeping.

The Grammy winner’s video comes four months after she and soccer star Gerard Piqué-who are parents to sons Milan, 9, and Sasha, 7-announced their split after 11 years together.

In the chorus of her song, Shakira alludes to the demise of a relationship, singing, “It wasn’t your fault, nor was it mine / I never said anything, but it hurt me / I knew this would happen.”

Shakira also describes seeing a change within a person over the course of a romance, adding, “Suddenly you were no longer the same / You left me because of your narcissism.”

Elsewhere, she adds, “You’re distant with your attitude, and that filled me with restlessness / You didn’t give even half, but I do know that I gave more than you / I was running for someone who wasn’t even walking for me / This love has not died, but it is delirious.”

In September, the “Hips Don’t Lie” singer opened up about the former couple’s June split.

“It’s hard to talk about it, especially because I’m still going through it,” Shakira told Elle. “And because I’m in the public eye and because our separation is not like a regular separation. And so, it’s been tough not only for me, but also for my kids. Incredibly difficult.”

Sharing that sometimes she still feels “like this is all a bad dream and that I’m going to wake up at some point,” the singer noted she’s has been grappling with the situation being “real.” However, she’s found solace in the space of her music.

“I think everyone has their own processes or their own mechanisms to process grief or stress or anxiety,” she shared. “We all go through stuff in life. But in my case, I think that writing music is like going to the shrink, only cheaper. It just helps me process my emotions and make sense of them. And it helps me to heal.”