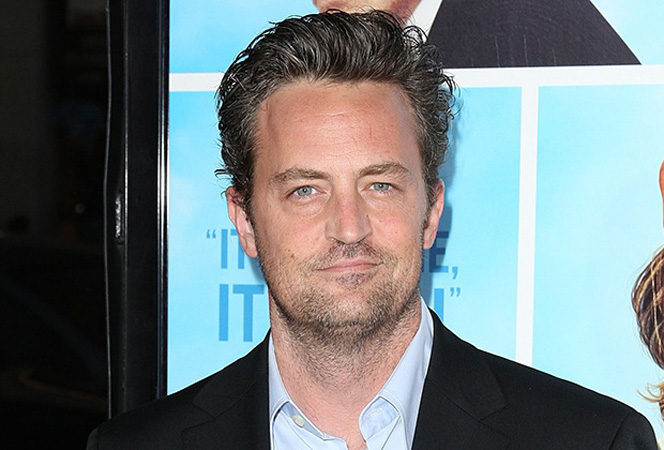 Matthew Perry made startling revelations as he detailed how his colon burst from opioid overuse back in 2018 and he had only two percent chance to live as the star gears up to release his memoir Friends, Lovers, and the Big Terrible Thing.

The Friends alum told People Magazine that he spent two weeks in a coma and five months in the hospital and was forced to use colostomy bag for nine months.

Back at the time, the actor publically announced that he had suffered a gastrointestinal perforation, however, the reality was very different.

Perry recalled that the time he was first admitted to the hospital, the doctors told his family that “I had a 2 percent chance to live.”

“I was put on a thing called an ECMO machine, which does all the breathing for your heart and your lungs. And that’s called a Hail Mary. No one survives that,” he added.

Perry, who rose to fame with his portrayal of Chandler Bing in the hit TV sitcom, disclosed to the outlet that his alcohol addiction started when he was casted in the show. “I could handle it, kind of. But by the time I was 34, I was really entrenched in a lot of trouble,” he admitted. “But there were years that I was sober during that time.”

“Season 9 was the year that I was sober the whole way through. And guess which season I got nominated for best actor? I was like, ‘That should tell me something.'”

At one point in time when he was acting in the 90s comedy show, Perry was taking 55 Vicodin a day and was down to 128 pounds.

“I didn’t know how to stop,” Perry noted. “If the police came over to my house and said, ‘If you drink tonight, we’re going to take you to jail,’ I’d start packing.”

“I couldn’t stop because the disease and the addiction is progressive. So it gets worse and worse as you grow older.”

However, a statement from his therapist made him stop using drugs. “My therapist said, ‘The next time you think about taking Oxycontin, just think about having a colostomy bag for the rest of your life,'” Perry recounted.

“And a little window opened and I crawled through it and I no longer want Oxycontin anymore,” he added.

After being to rehab for 15 times, Perry said, “I’m pretty healthy now,” before adding, “I’ve got to not go to the gym much more, because I don’t want to only be able to play superheroes. But no, I’m a pretty healthy guy right now.” Perry will get into details of his drug overuse in his upcoming autobiography, which is slated to be released on Nov. 1st 2022.