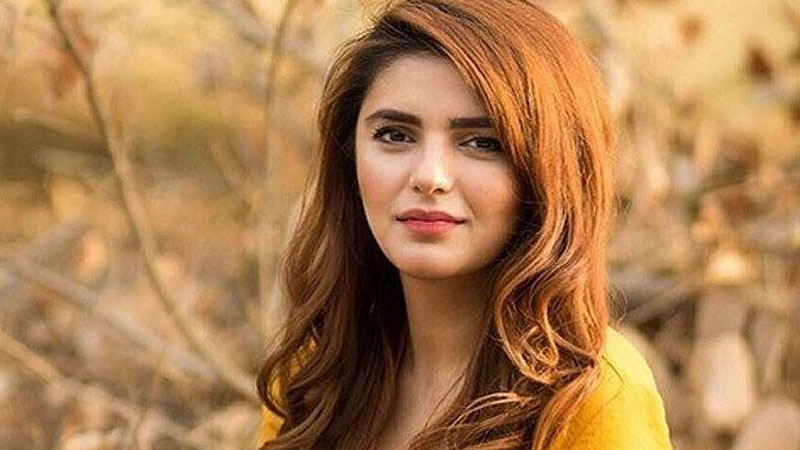 The Lux Style Awards are in hot water since no women were nominated for their music category this year.

The first female singer to raise her voice was Meesha Shafi, and now Coke Studio phenomenon Momina Mustehsan has referred to it as “structural injustices” that need to be addressed.

Momina commented, “LSA holds value and respect of Pakistanis for being the longest-running event extending nods to the arts and artists, despite Lux not being an arts/music/film/entertainment entity but rather a multinational company’s soap brand’s marketing event — which is a separate conversation altogether.”

The Lux Styles Award excluding women category was like to “exclude an entire gender when setting out to acknowledge an entire industry — omitting female contributors even from the 80+ music works they did nominate in haphazard distribution — and that is exactly what the problem is when we take responsibility for extending nods on behalf of people, we owe it to be intentional, responsible, inclusive and fair to all.”

“By completely ignoring every female contributor in music, we are depriving 110 million women of the representation and inspiration they truly deserve to see and be. Coming from a female-centric company like Unilever Pakistan that has made commendable efforts towards Gender Equality within their company by having strong female presence across their workforce and especially at executive positions — it doesn’t sit right,” she said. 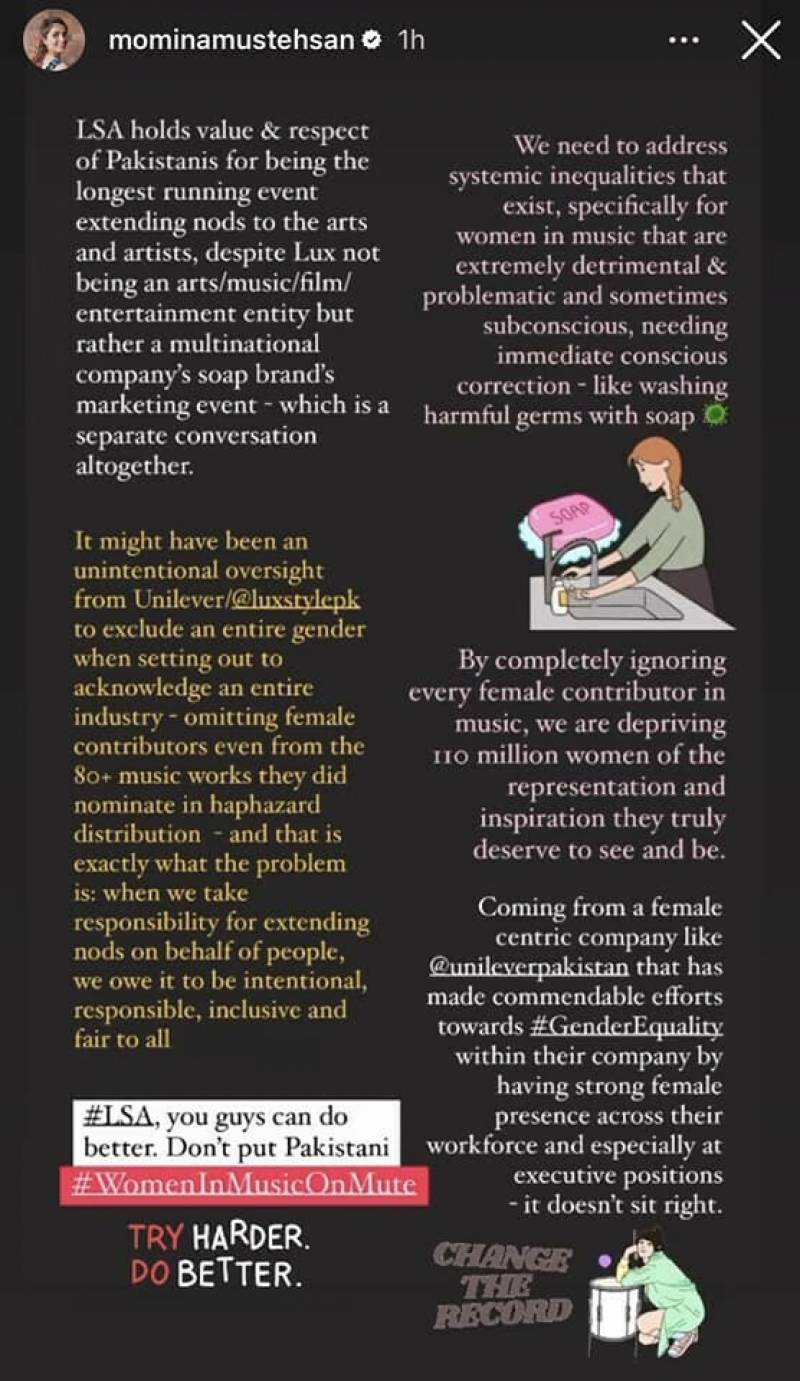 Momina also demanded the Lux Style Awards do better and that they must not put Pakistani women in music on mute.

Being the 5th largest country by population in the world, it hurts my heart to see such little Pakistani representation in international media, global forums & summits. A nation of 220+ million, yet our stories are told by others. We need to step up & take charge of our narrative

It is crucial to notice that only male musicians are included on the list of nominees for music at the Lux Style Awards this year. The categories include song, vocalist, most streamed, and best live performance.