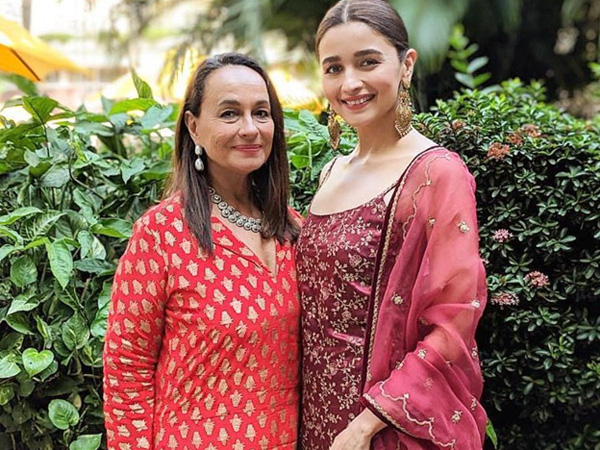 Did you know Alia Bhatt was pursuing a diploma when her debut film Student Of The Year came her way? Her mom Soni Razdan has revealed unknown details about Alia’s career.

Alia Bhatt completed 10 years in Bollywood on Wednesday. The actor had debut with Karan Johar’s Student Of The Year on this day in 2012. On the occasion, Alia’s mom, veteran actor Soni Razdan recalled how Alia bagged her first film while she was busy with a diploma course. She also said that Alia had initial plans to join a drama school as well.

In a long post, Soni Razdan said, “Student of the Year came from Out of nowhere for our baby @aliaabhatt and when we least expected it! At the time Alia was busy working on her International Baccalaureate- a diploma I’m so glad she could do-and acting in a movie was a distant dream … one which we were not at all prepared for … just yet.”

“The plan was for Alia to go to a drama school and then somehow try to get a role in something! Thank you @karanjoharfor auditioning her, and giving her a chance to work on herself before finally casting our girl,” she added. Soni also referred to Karan as Alia’s ‘guide, best friend and a second father.’

Responding to Soni’s warm post, Karan commented, “Soni!!!! So much love to Bhatsaab and you for trusting me.” Earlier in the day, Alia treated fans to a sun-kissed photo of herself, clicked somewhere amid nature. Alongside, she said, “10 years today…and I am so so grateful .. EVERY SINGLE DAY!!!.. I promise to be better – dream deeper – work harder !!!!! thank you for the magic love love and only love.”

Several celebrities, including Kareena Kapoor, Ranveer Singh and Karan Johar among others showered Alia with congratulatory messages. Alia made her debut alongside Varun Dhawan and Sidharth Malhotra, who also completed a decade in films on Wedne.

Alia was last seen in Brahmastra, with Ranbir Kapoor. She will be next starring in Karan Johar’s Rocky Aur Rani Ki Prem Kahani. After completing ten years in Bollywood, she will also be making her Hollywood debut with Netlfix’s Heart Of Stone, which stars Gal Gadot and Jamie Dornan.