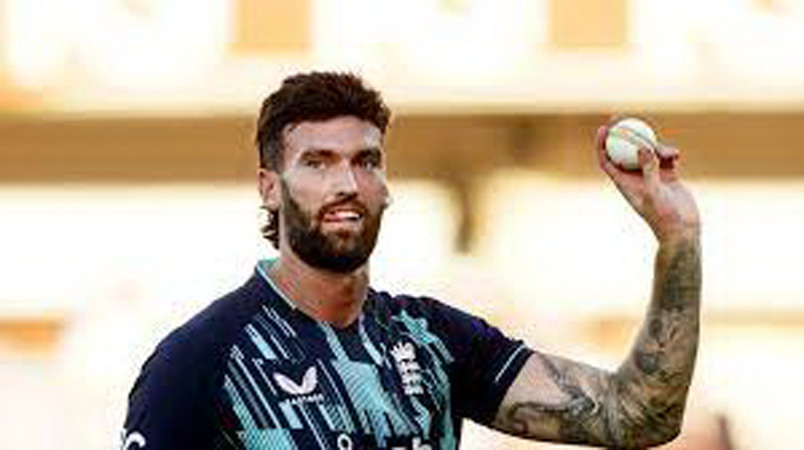 LONDON: England bowler Reece Topley has been ruled out of the Twenty20 World Cup with an ankle injury just days before their tournament opener against Afghanistan. The paceman rolled his left ankle during a fielding drill ahead of England’s warm-up win over Pakistan in Brisbane on Monday. Scans confirmed significant ligament damage and the giant left-arm seamer was withdrawn from the squad, with fellow left-armer Tymal Mills promoted from his previous status as travelling reserve. A statement from the International Cricket Council (ICC) on Wednesday confirmed that Mills had been drafted into the squad. Topley has overcome multiple stress fractures in his back in recent years to become a key player in England’s white-ball sides.

The 28-year-old is currently ranked as the second-best seamer in T20 internationals, in a list dominated by spinners. England have other left-arm options in Sam Curran and David Willey while Chris Woakes, Mark Wood, Chris Jordan and all-rounder Ben Stokes are their other seam bowlers. Jos Buttler’s 50-over world champions start their campaign against Afghanistan in Perth on Saturday. The ICC also approved three other player replacements due to injuries. Sri Lankan bowler Kasun Rajitha has replaced the injured Dushmantha Chameera while all-rounder Danushka Gunathilaka will be replaced by travelling reserve Ashen Bandara, who is a batsman. In the United Arab Emirates squad, travelling reserve Fahad Nawaz has replaced Zawar Farid.