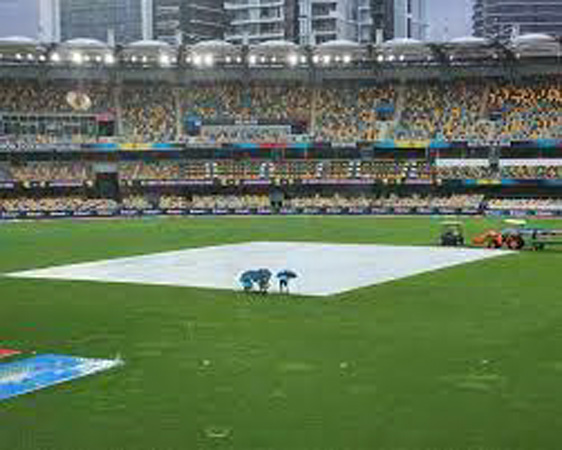 BRISBANE: A warm-up match between Pakistan and Afghanistan for the ICC Men’s T20 World Cup was called off on Wednesday due to uninterrupted rain at The Gabba in Brisbane. Pakistan were only able to bat for 2.2 overs with the openers Babar Azam and Mohammad Rizwan scoring a total of 19 runs, after which the match was delayed and then called off. Pakistan had won the toss and chosen to field first, inviting Afghanistan to bat. The Afghans set a target of 155 runs. A newly recovered Shaheen Afridi took the first wicket in the first over with an LBW to Rahmanullah Gurbaz, giving Pakistan’s side the bowling confidence needed at the beginning of the game. Haris Rauf and Shaheen Afridi took two wickets each while Mohammad Nawaz and Shadab shared two wickets between them. The match gained momentum in Afghanistan’s favour in the latter half of the match with Mohammad Nabi scoring 51 runs on 37 balls and Usman Ghani scoring 32 runs on 20 balls – both remaining not out. The match was abandoned eventually due to the rain not ceasing.