Time has arrived for Imran to quit politics 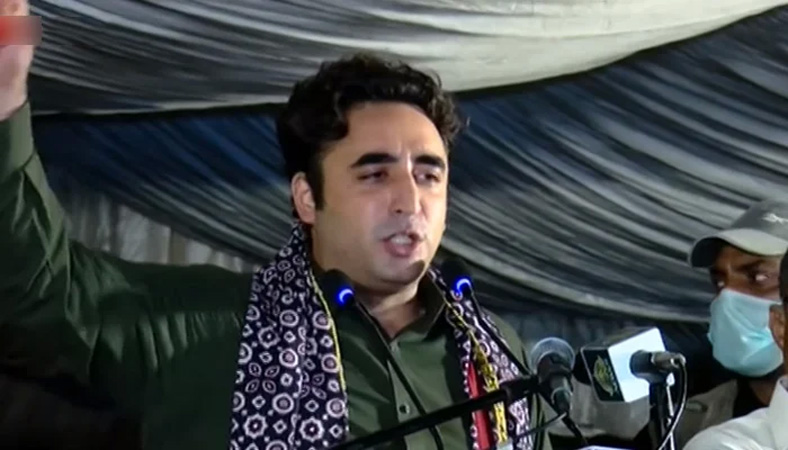 PPP Chairman Bilawal Bhutto-Zardari on Wednesday called PTI Chairman Imran Khan a “liar and a hypocrite” and said it was time for him to bid farewell to politics and sit at home. Addressing an event arranged by his party to celebrate the victory of PPP’s Abdul Hakeem Baloch in the NA-237 by-election, the foreign minister, while berating Khan, said that owing to the actions of the “incompetent and inept” former premier, the country’s foreign policy had to suffer a serious blow. Bilawal said that Imran had been ‘selected’ in the previous elections and that he was now struggling to get selected again. “Akin to the past, the people of Malir also fought against this selected leader,” Bilawal said, adding that just like they resisted the dictatorship of General Zia-ul-Haq and Pervez Musharraf, they also stood up to Khan. He went on to say that the damage done by “incompetent” and “selected” Khan was not only felt by the people of Malir but the whole country. “But I am thankful that the men and women of Malir once again supported the PPP,” he said, adding Baloch’s win had proved that “Bhutto was still alive”. Recalling the General Election of 2018, Bilawal said that the people’s mandate was stolen by an incompetent person, who then went on to become the prime minister. Bilawal thanked the workers of his party and also extended gratitude to the Pakistan Democratic Movement (PDM). “This lying, hypocrite man thought that people will forget his wrongdoings within three to four months,” he said, adding that Khan promised to build millions of houses for the masses but once he came into power, he only “stole from the nation.” “It’s high time he quit politics and sit in his Bani Gala residence,” Bilawal said. “We had been repeatedly saying that someone else was pulling the strings of this selected prime minister, and now he has also admitted that he had no authority when he was in power.”

Bilawal said that if Khan had no authority during his government as he claims, then he should have resigned. “The PTI chairman is habitual in blaming everyone else but he himself turned out to be a Zakat and donation thief.” “He even runs his kitchen with the donations he receives for the Shaukat Khanum Hospital,” Bilawal alleged, adding that since the people of Pakistan had finally learned about his lies and politics of hate, “his time was over”. “Now is the time to prove that Pakistan is ready for young leadership,” the foreign minister asserted. Bilawal then spoke about the devastating floods in Pakistan and said that at present, helping the victims of the flood and working to rehabilitate them was the topmost priority of the government. “However, we have very few resources to start the rehabilitation work,” the FM said, adding that owing to that reason, the government was collecting donations and resources from all over the world for the flood victims. “We have to work day and night for the flood victims and become their voice.”