Salman Khan wanted to work in Uunchai, but Sooraj Barjatya refused him 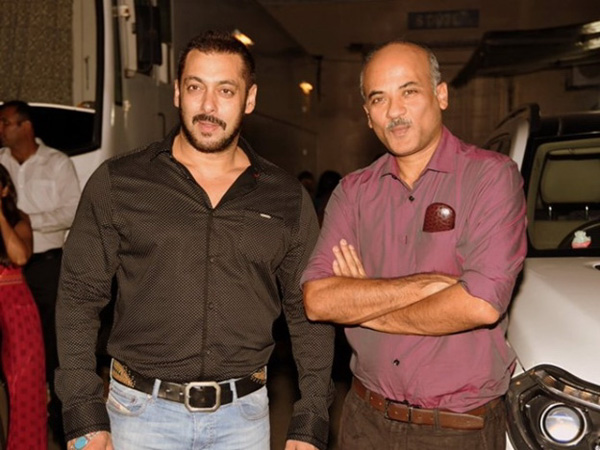 Sooraj Barjatya refused to cast Salman Khan in Uunchai, even after the latter wanted to be a part of it. The director revealed that he wanted to break all norms for his new film.

Salman Khan made his Bollywood debut with Biwi Ho To Aisi in 1988 but got his due recognition with his hit film Maine Pyar Kiya, directed by Sooraj Barjatya. Sooraj Barjatya, in a new interview, shared how Salman Khan wanted to join him in his upcoming film Uunchai, but it was the filmmaker who refused him. Uunchai stars Amitabh Bachchan, Boman Irani, Danny Denzongpa, Anupam Kher and Neena Gupta.

Salman Khan and Sooraj Barjatya have worked together in several films, such as Hum Aapke Hain Koun and Hum Saath Saath Hain. Their last film together was Prem Ratan Dhan Payo. Many even believe that Salman’s onscreen name Prem, in all films of Sooraj Barjatya, has been a lucky charm for the director. However, for Uunchai, Sooraj gave it a miss.

During the trailer launch event of the film, Sooraj revealed that he wanted a different cast for Uunchai and had to say no to Salman for the same.

Pinkvilla quoted him saying, “Like I said, ismein maine sab bandhan tod diye. Ek charm tha Prem rakho toh chal jaye, but ismein sab bandhan tod diye maine (As I have mentioned, I have broken all barriers for this film. I had Prem as my lucky charm but not this time).”

“When I told Salman (Khan) that I am making this film, he said, ‘Why are you going to hills to make this film?’ Then later he said, ‘I can do this film’ but I said no because I wanted a different cast,” he shared.

Uunchai is the 60th film made under Sooraj Barjatya’s banner, Rajshri Productions.

The film will release in theatres on November 11. It is written by Sunil Gandhi and produced by Sooraj Barjatya, Mahaveer Jain and Natasha Malpani Oswal.