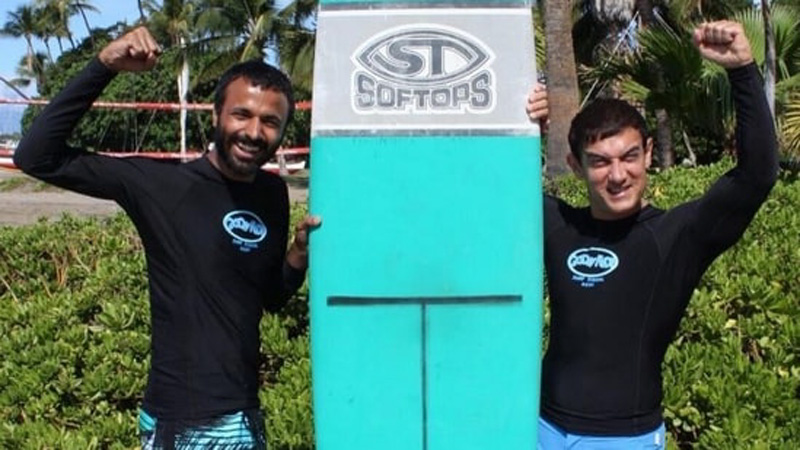 Days after rumours of fallout with Aamir Khan, Laal Singh Chaddha director Advait Chandan took to Instagram and refuted any such claims. He posted a picture with Aamir where both are seen ready to ride some waves. They are also seen holding their surfing boards and smiling at the camera.

Alongside the picture, Advait wrote, “Guys, for all those talking about a fall out between Aamir sir and me, I just want to say that we are like Genie and Aladin, Baloo and Mowgli, Amar and Prem.” Responding to it, Mona Singh who played the role of Aamir’s mom in the film, commented with lots of red heart emojis and said, “Always.”

Laal Singh Chaddha is the Bollywood remake of Tom Hanks’ Academy Award-winning film, Forrest Gump. The film failed to meet expectations at the box office, grossing only ?88 crore worldwide. It was met with mixed reviews amid boycott calls after Aamir’s old interview talking about ‘intolerance in India’ surfaced online.

After the debacle of Laal Singh Chaddha, a report in Midday suggested that Aamir and Advait have fallen due to the film’s non performance. It also suggested that the two might not be working again despite Advait being associated with Aamir Khan’s production house for nearly 15 years.

Advait worked as an assistant production manager on Aamir Khan’s 2007 film, Taare Zameen Par. He went on to work as the actor’s manager for more than four years and also worked on Aamir’s ex-wife, Kiran Rao’s Dhobi Ghat in 2010. Advait made his directorial debut with Super Superstar, which also featured Aamir in an extended cameo.

After failing to bring the audience to theatres, Laal Singh Chaddha recently got a second chance and premiered on Netflix. As per the OTT giant, it became the number 1 film in India and number 2 non-English film on the streaming platform globally. Besides India, it made it to the top 10 in films in 13 countries across the world, including Mauritius, Bangladesh, Singapore, Oman, Sri Lanka, Bahrain, Malaysia and the UAE.