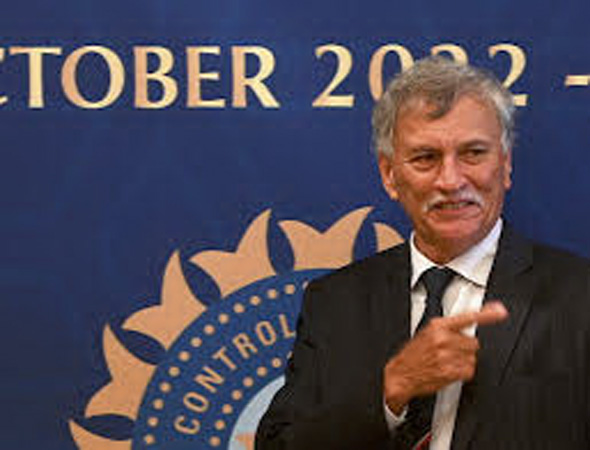 MUMBAI: World Cup winner Roger Binny was Tuesday appointed head of India’s cricket board — the sport’s richest body — replacing Sourav Ganguly after he was reportedly forced out in a political tussle. Binny, 67, was elected president at a meeting of the Board of Control for Cricket in India (BCCI) in Mumbai, where secretary Jay Shah won another term in office, vice-president Rajeev Shukla told reporters. The BCCI, which has a net worth reported at $2 billion, enjoys significant clout internationally in cricket but has been in chaos and there have been a slew of court cases involving the powerful organisation.

Bangalore-born Binny, who was part of India’s historic 1983 World Cup-winning squad, steps into the shoes of Ganguly, widely regarded as one of cricket’s greatest captains. Ganguly, 50, had initially been tipped to earn a second term as president but reports said he was shunted out because he refused to join India’s ruling party. Ganguly’s political allegiance has been a regular source of media speculation, especially after the country’s Home Minister Amit Shah, father of BCCI secretary Jay, visited him at home earlier this year. Politicians from Ganguly’s home state of West Bengal, where the former player enjoys near-godlike status, alleged that the former batsman was forced out.

‘Political vendetta’: India’s ruling Bharatiya Janata Party (BJP) has been pushing hard to win power in the eastern state, falling short in elections marred by deadly violence last year. Ganguly’s departure was a “political vendetta” by the government, opposition lawmaker Santanu Sen said on Twitter. Shah’s Hindu nationalist BJP has denied any involvement in Ganguly’s removal and accused their opponents of politicising the issue. Ganguly has not spoken publicly on his departure but reports said he had been hoping to continue, especially after India’s top court recently relaxed a rule that barred sporting officials from consecutive terms in office in the same position. Commentators said Binny was well suited for the high-profile role, having burnished his credentials on and off the field.

“He has got the cricketing stature and he is no stranger to cricket administration,” said sports journalist R. Kaushik. “He has what it takes when it comes to administration and obviously what he has achieved as a cricketer, we know what he has done on the field,” he said. Born in an Anglo-Indian family, Binny as a batsman could either open the innings or bat in the middle order. In 27 Tests, he scored 830 runs while accumulating another 629 runs from 72 ODIs. But it was his medium-pace bowling and his ability to swing the ball both ways that made him a useful player to have in the squad. He picked 47 wickets in Test cricket and 77 in ODIs. After hanging up his boots in 1987, Binny dabbled in coaching and sports administration. He coached the junior team that won the Under-19 World Cup in 2000 and after a stint at the Karnataka State Cricket Association became a national selector in 2012.