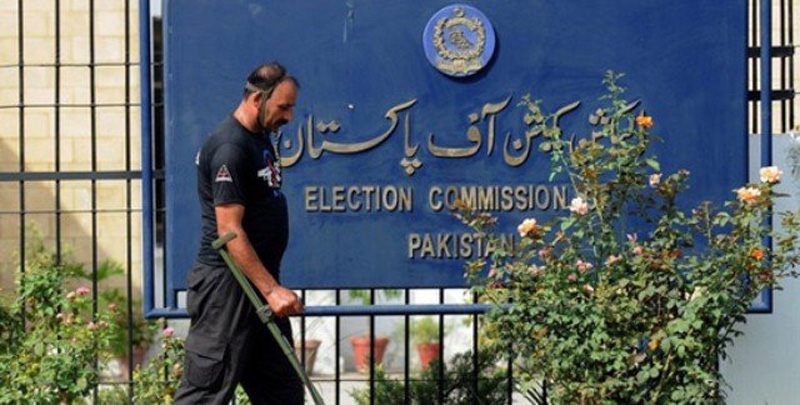 The Election Commission of Pakistan (ECP) Tuesday announced the postponement of the local government election in Karachi scheduled for October 23 for a third time.The decision was taken by ECP after the Sindh government informed the body about the unavailability of the police force for security during polls due to floods. “Election Commission made every effort to hold local bodies polls in Karachi and a meeting was held with the secretary interior a day prior in this regard,” the ECP said. It said that the ministry was asked to ensure the availability of the army and Rangers for security but was informed that due to a lack of police personnel the Rangers and army cannot be deployed at polling stations and will only be available as a Quick Response Force when needed. “The ECP had no option but to postpone the local government elections in Karachi for the time being.

The second phase of the local government elections in Sindh was originally scheduled to take place on July 24. However, it was postponed twice due to unprecedented rains and the flooding crisis. The Sindh government stated that there were difficulties in providing security for the polls as it is facing a shortage of 16,000 police personnel.

According to the press release, the ECP had no other option than to postpone the LG elections since “peaceful conduct of the election and the protection of the voters” was its top priority. The ECP decided to hold another meeting after 15 days to gain feedback from the provincial government and other law enforcement agencies to ensure that local body polls are conducted as soon as possible and a date fixed for them. The press release explained that the ECP had written to the interior ministry to ensure the provision of Pakistan Army soldiers and Rangers to compensate for the shortage of police personnel but the ministry responded that such a measure was not possible.

The interior ministry had informed the ECP that the army and Rangers could, albeit, be provided as a quick reaction force. The ministry’s response compelled the ECP to delay polls for the time being, the press release added.

Last Sunday, the Sindh government had written another letter to the ECP for the postponement of the local government elections scheduled for October 23 for three months, stating that there are difficulties in providing security. This was the third letter written by the provincial authorities this month for deferring the LG polls.

In the letter of the provincial government sent to the Election Commission, it is said that Karachi is the most populous division of Pakistan. “The population of this city is almost equal to that of the Balochistan province. It is the densest division and metropolitan city of the country so it needs extensive arrangements during elections.”

The letter also stated that around 5,000 polling stations will be set up for the local government elections, out of which around 1,305 are classified as highly sensitive and 3,688 as sensitive due to the specific history of the city and past elections. The security arrangements are aimed at ensuring the peaceful conduct of the elections and the restoration of law and order, it said, adding that 39,293 police personnel would be required for the local elections, of which 12,465 would be from the districts of Karachi while 10,042 personnel would be provided by the units. It stated that there were currently 22,507 police personnel and a shortfall of 16,786 personnel. “Before the recent floods, 14,958 police personnel were to be provided from the interior districts of Sindh. It was also planned to take up 7,150 reserve personnel to fill this gap, but after the floods, the Karachi police were required to provide additional personnel in the flood-affected districts,” the letter stated, adding that besides the services of about 7,000 private guards had to be hired before the floods.