All steps taken to safeguard nukes 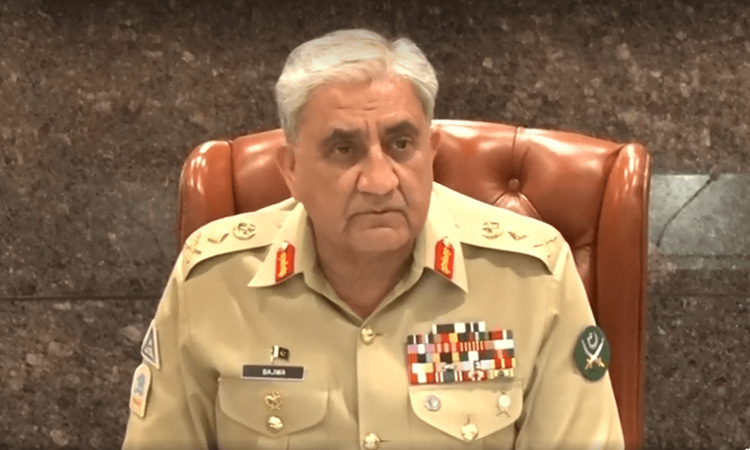 The 252nd Corps Commanders’ Conference held here on Tuesday at the General Headquarters reposed full confidence in Pakistan’s robust nuclear command and control structure and security arrangements related to the country’s strategic assets. The Corps Commanders’ Conference was presided by Chief of Army Staff (COAS), General Qamar Javed Bajwa, an Inter-Services Public Relations (ISPR) news release said. The forum was informed that as a responsible nuclear weapon state, Pakistan had taken all measures necessary to strengthen its nuclear security regime, at par with international best practices. The participants took a comprehensive review of prevailing internal and external security situation and operational preparedness of the Army. The forum was apprised on army’s assistance to civil administration for relief and rehabilitation efforts in flood affected areas and post flood situation particularly in Sindh and Balochistan. While expressing satisfaction over operational preparedness of the formations, the COAS reiterated Pakistan Army’s resolve to defend the motherland against all threats. The COAS lauded formations’ operational readiness and sustained efforts during flood relief duties. Last week, US President Joe Biden’s off-the-cuff remarks on Pakistan’s nuclear programme at a private Democratic Party fundraiser in California had caused an uproar. “And what I think is maybe one of the most dangerous nations in the world: Pakistan. Nuclear weapons without any cohesion,” Biden had said, according to a White House transcript. Since then, the United States has said that it had confidence in Pakistan’s ability to control its nuclear arsenal. “The United States is confident of Pakistan’s commitment and its ability to secure its nuclear assets,” State Department spokesman Vedant Patel told reporters. “The US has always viewed a secure and prosperous Pakistan as critical to US interests and, more broadly, the US values our long-standing cooperation with Pakistan,” he said. Pakistan had also summoned US Ambassador Donald Blome to lodge a protest over Biden’s remarks.