Govt ‘on the run’ 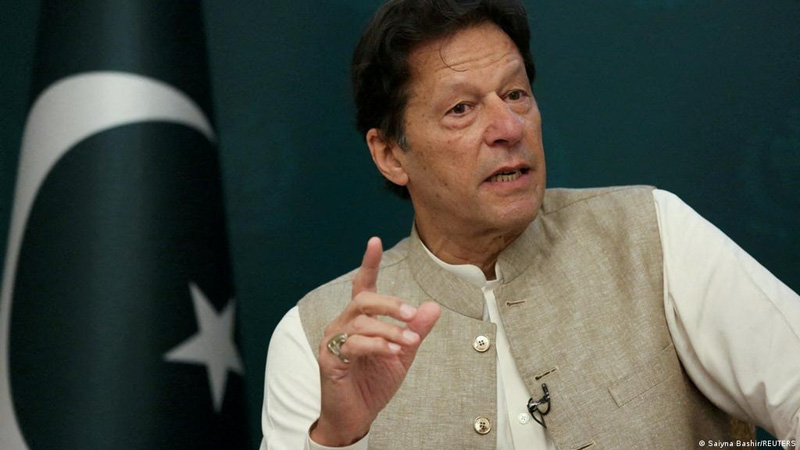 PTI Chairman Imran Khan said Tuesday that the coalition rulers were “running away” from elections as the government rejected his suggestion of holding snap polls. In a conversation with delegations of the National Press Club and Rawalpindi Islamabad Union of Journalists (RIUJ), the ex-premier said that the government was trying its best to disqualify him, hence, cases were lodged against him. “March is crucial for “haqeeqi azadi (real freedom),” the PTI chairman said, and reiterated that it will be held this month at all costs. Talking about his days in power, Khan said that his government was “weak”. “I would never accept such a setup in the future. There was a lot of pressure on me.”

He said, for the last 26 years, he has been doing politics of justice for the sake of democracy and people. Talking about the country’s development back in the 1960s, Imran went on to say that in the 60s, Pakistan was economically ahead of Singapore and South Korea, now Singapore’s per capita income is $70,000, while Pakistan’s per capita income is only $2,000. The PTI chief added that Singapore developed on the basis of transparency and justice. “When our government came, Pakistan was bankrupt, the incumbent government has bankrupted Pakistan in six months. When our government was overthrown, the growth rate in Pakistan was 6 per cent. I had only five days off, that too when I contracted the coronavirus”, said the former prime minister [Imran Khan].

Taking a swipe at PM Shehbaz Sharif, Imran Khan said, “After coming to power, he [Shehbaz Sharif] was acquitted of the cases. When I was in government, the pressure on me increased. NAB and courts were not under my control. Now, the mafias took over the system in Pakistan. They are trying their best to disqualify me, that’s why they are filing cases against me.” Reiterating that early and transparent elections are the only way out of the current political and economic crisis, Imran said that preparations should be made to carry the movement to its logical conclusion vigorously within the framework of the constitution and law. The PTI chairman, Imran Khan further said that the political struggle of the PTI is for the supremacy of the constitution and the law, adding that it is impossible to create a prosperous society without the rule of law and justice.