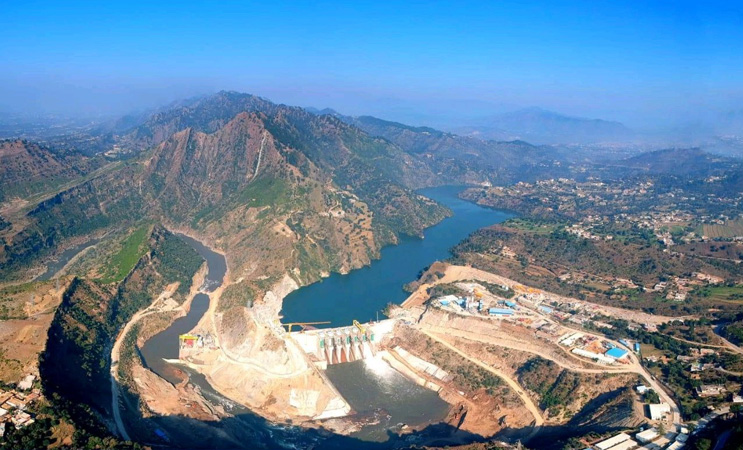 Gulpur Hydropower Project has formally been inaugurated by Advisor to Prime Minister on Kashmir Affairs and Gilgit-Baltistan. Now, the Gulpur Hydropower Project is providing clean and cheap energy to the National Grid, it is stated by Managing Director Dr Tahir Masood in a press communique on Monday. NESPAK along with MWH, USA has provided consultancy services as owner’s engineer on this project.

The Project is sponsored by a consortium of South Korean companies led by Korea South-East Power Company who will operate the Project for a period of 30 years. The plant is run-of-the-river hydroelectric generation facility located on the Poonch River near Gulpur village in Kotli Azad Jammu and Kashmir. The Poonch river is one of the major tributaries of Jhelum River and confluences in Mangla Dam Reservoir after 28KM. The site is about 167 km from Islamabad and can be accessed in all the seasons. The Project was financed by Multilateral Development Banks comprising International Finance Corporation, Asian Development Bank, Export-Import Bank of Korea and FMO Netherlands. Furthermore, the Project was supervised by NESPAK & MWH (USA) as owner engineer and Mott Macdonald (UK) served as Lender’s technical advisor for best quality of construction. The Project is constructed by South Korean premier construction companies led by DL ENC Ltd. (Formerly Daelim Industrial Co., Ltd.) within the given timeframe despite facing challenges of flood in Poonch River, highly security sensitive area and difficult accessible project site etc. The Project designed for an installed capacity of 102 MW.

The Project (started in 2015) was the first of its kind, which was developed in the national park having critically endangered species. The Plant has been generating electricity since February 2020 and providing clean and sustainable energy to the national grid with top-tier customized equipment. High quality materials have been used during the construction and supervised by world class engineering experts. The Plant is earthquake resistance, and its durability is meeting the maximum standard required for the hydropower Project. Following to annual capacity test result conducted by CPPA-G, the plant generated 102.63MW exceeding the contractual requirement e.g 100.98MW. Gulpur hydropower plant is a significant addition in power sector of Pakistan from the investors of South Korea and providing an economical, renewable, clean, and secure source of energy to the country.