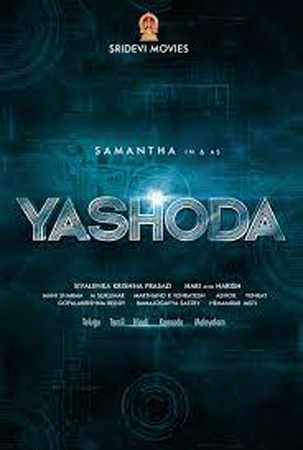 Actor Samantha Ruth Prabhu on Monday revealed the release date of her upcoming movie, Yashoda. The movie will hit the screens on November 11. Cashing in on the momentum in Samantha’s career, the filmmakers will release the film in Tamil, Malayalam, Kannada and Hindi, besides the original Telugu language.

Yashoda is helmed by the director duo Hari and Harish. The teaser of the movie that was released earlier showed Samantha playing the role of a pregnant woman, who’s put through a strenuous training programme. The reason behind her physical and mental suffering is unclear. The film also stars Varalaxmi Sarathkumar, Unni Mukundan, Rao Ramesh, Murali Sharma, Sampath Raj, Shatru, Madhurima, Kalpika Ganesh, Divya Sripada, and Priyanka Sharma in the supporting cast.

Yashoda is Samantha’s first solo film after the 2018 horror-thriller U-Turn. She was last seen in Kaathuvaakula Rendu Kaadhal. Even though the film received poor reviews from critics, it managed to become a hit at the box office in Tamil Nadu. She shared screen space with Nayanthara and Vijay Sethupathi in the film.

Samantha is also waiting for the release of the mythological drama Shaakuntalam. Written and directed by Gunasekhar, it will also mark the screen debut of Allu Arjun’s daughter Allu Arha. It also stars Dev Mohan and will be released in all major Indian languages.

Samantha at the present is in the US training for her upcoming web series Citadel.