Barcelona fall victim to ‘Drake curse’ as rapper loses over £500,000 on bet 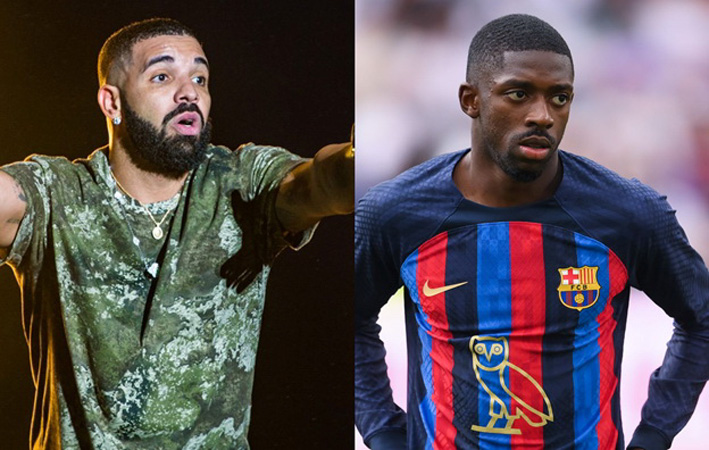 FC Barcelona fell victim to the notorious ‘Drake curse’ this weekend after the rapper betted on them to win their game against Real Madrid.

Ahead of the match on Sunday (October 16), Drake took to Instagram to share proof of a bet he posted for $8333,333 Canadian dollars (£537,000) on both Arsenal and Barcelona to win their games that day.

While Arsenal were victorious in a 1-0 win against Leeds, later in the day Barcelona lost 3-1 to Real Madrid, seeing Drake lose over half a million pounds. A win for Barca would have won him nearly £2.5m.

After the loss, many have called back to the ‘Drake curse’, with the rapper garnering a long-standing reputation for being a bad luck charm after posing with sporting stars or their team’s shirt.

In recent years, Manchester City exited the Champions League after he posed with their player Sergio Aguero, while AS Roma even “banned” their players from taking photos with him in order to prevent devastating losses. In 2019, many said Drake used his “curse” to his advantage after seemingly ensuring that the Philadelphia 76ers lost a crunch game against his beloved Toronto Raptors. “We were really excited to celebrate one of the biggest games of the year and mark Drake’s milestone as the first artist to reach 50billion streams,” said Marc Hazan, Spotify’s VP of Partnerships, in a statement about the Drake kit worn yesterday.

“We’ve always said that we want this partnership to be a celebration of fans, players and artists on a global stage – and there’s no bigger stage than El Clásico.”

According to a press release, the jersey is currently limited edition and not for general sale, but advised that fans should “keep a close eye on [FC Barcelona] and Spotify social channels” for more information.

In other Drake news, the rapper and singer has continued his boycott against the Grammy Awards, not submitting his eligible album ‘Honestly, Nevermind’ for consideration at the 2023 ceremony. It follows his criticism of the awards and the Recording Academy after he withdrew 2021 album ‘Certified Lover Boy’ from last year’s nominations.