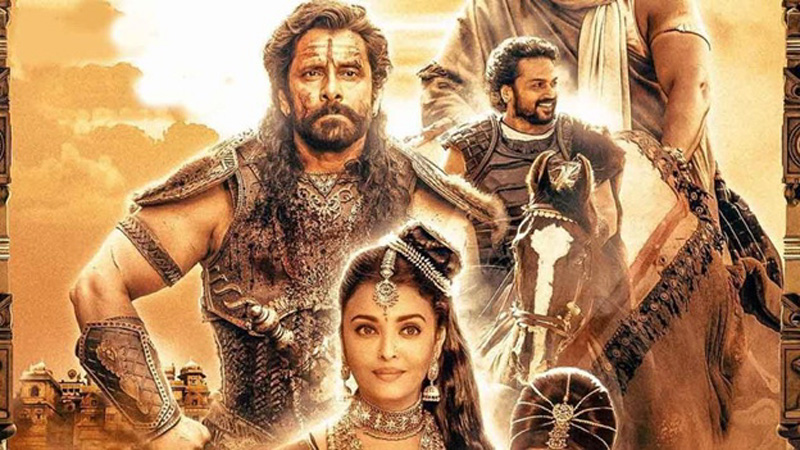 Mani Ratnam’s Ponniyin Selvan 1 has now become the first ever Tamil film to gross over ?200 crore at Tamil Nadu box-office. Last Wednesday, PS 1 surpassed Vikram in Tamil Nadu to become the highest-grossing Tamil film in the state. It has crossed over ?460 crore gross globally, as per trade reports.

PS 1 tells the story of the early life of Arulmozhivarman (Ponniyin Selvan), who would become the Chola emperor Rajaraja I (947-1014). The film stars Jayam Ravi in the role of Arulmozhivarman while Vikram, Karthi, Trisha and Aishwarya Rai are in other key roles.

Industry tracker Ramesh Bala took to Twitter on Monday to reveal that PS 1 has breached the ?200 crore club in Tamil Nadu. “PS1 joins the exclusive 200 crs gross club in TN. First movie to do so (sic),” Ramesh tweeted.

The film has collected over ?460 crore gross worldwide, as per a Deadline report. The report added that the film has grossed US $56 Million [ ? 461 cr] at the global box office till 3rd weekend. PS 1 is now the second highest-grossing Tamil film of all time globally after Rajinikanth’s 2.0.

The film marked Aishwarya Rai’s comeback to Tamil cinema after a decade. Aishwarya is in a dual dual role with Queen Nandini being the prominent one. The second part will have more of her other character, Nandini’s mute mother Mandakini Devi. The big-budgeted film released in Hindi, Tamil, Telugu, Kannada and Malayalam.

Mani Ratnam had recently said in an interaction that the second part in the franchise will release in cinemas in another six to nine months and the team is currently busy with the post-production work.

The film is all set to hit the theatres in the summer of 2023. The final release date of the film is still awaited.