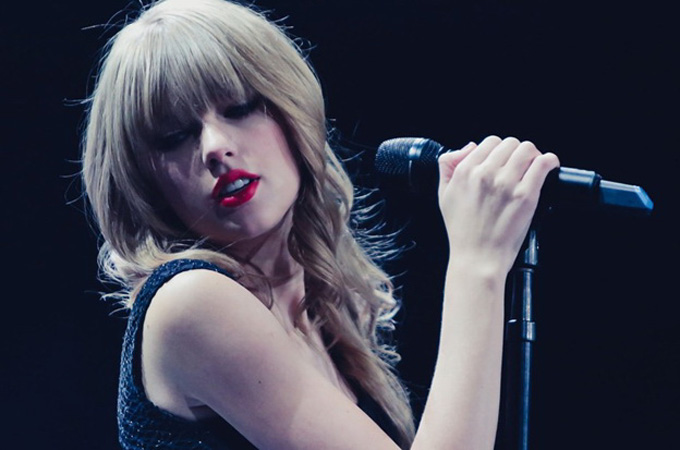 The singer, 32, debuted a line from her upcoming album by having the words appear across a Spotify billboard in Times Square at (when else?) midnight on Oct. 17. And the lyric was…”I should not be left to my own devices.”

Fans quickly expressed their excitement over the reveal and started guessing the song in which the lyrics appear. “Mastermind or you’re on your own kid???” one follower wrote in the comments of a Spotify Instagram post showcasing the lyrics. Predicted another, “Anti-Hero?” Fans will have to wait a little longer to find out the answer. But because two is better than one, this wasn’t the only surprise Swift gave her followers. The 11-time Grammy winner also posted a video of the events for release week.

So what’s on the agenda? According to the post, a teaser trailer will air on Prime Video during the third quarter of Thursday Night Football on Oct. 20. Then, at the stroke of midnight on Oct. 21, Midnights will finally be released. And if you already feel like you need to calm down, just wait until you see what else is in store. According to the post, there will be a “special very chaotic surprise” at 3 a.m EST followed by the music video premiere of Swift’s song “Anti-Hero” at 8 a.m. EST and the #TSAntiHeroChallenge on YouTube Shorts. Then, at 8 p.m. EST, the album’s lyric videos will drop.

Swift will also appear on The Tonight Show Starring Jimmy Fallon on Oct. 24, release another Midnights music video on Oct. 25 and then appear on The Graham Norton Show on Oct. 28.

Ever since Swift announced Midnights at the 2022 MTV VMAs back in August, fans have been getting more and more clues about the album. From Swift revealing the cover art and the track list to her explaining her inspiration behind the songs, it’s become clear that it ’tis the damn season for Midnights, an album Swift previously described as “the stories of 13 sleepless nights scattered throughout” her life.

“This is a collection of music written in the middle of the night, a journey through terrors and sweet dreams,” she wrote in an Aug. 29 Instagram post. “The floors we pace and the demons we face. For all of us who have tossed and turned and decided to keep the lanterns lit and go searching-hoping that just maybe, when the clock strikes twelve… we’ll meet ourselves.”