Imran’s narrative against institutions fizzled out after by-polls: Marriyum 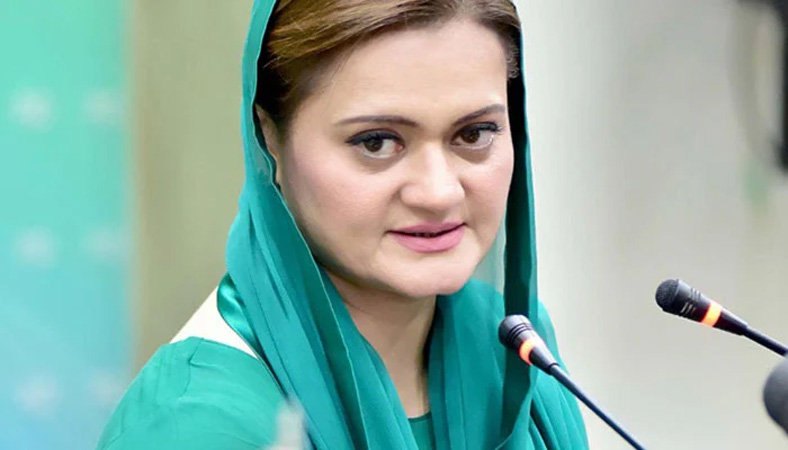 Minister for Information and Broadcasting Marriyum Aurangzeb on Monday said the by-election’s results had shattered the narrative of a “foreign funded Fitna” (Imran Khan) who bent upon maligning the state institutions by hurling accusations, abuse and threats.

She, in a news statement, questioned the rationale behind the narrative pursued by Imran Khan against state institutions after his win on six seats of the National Assembly in the recently held by polls.

“Will the absolutely fraud demand resignation of the chief election commissioner in his press conference today. Will the foreign agent make a speech against the ‘neutrals’ today,” she said while posing a series of questions to Imran Khan.

She said whether the thief of Toshakhana would name the “Mr X” and “Mr Y” today. Would the “foreign funded Fitna” continue to target the chief election commissioner by hurling abuse, threats and accusations on him, the minister inquired.

Marriyum ridiculed Imran Khan for celebrating the PTI’s further loss of two seats in the Parliament. Imran Khan still lacked the magic number-172 which was required to oust an incumbent government.

She said Imran Khan could not dictate the government and Parliament after losing two of his own seats in the by polls.

He could not change the government by attacking the Federal Capital and creating anarchy in the country.

The minister said Imran Khan did not get the license to launch an assault on Islamabad after winning six seats in the election. “PTI has become a one-man party which has no candidate other than Imran Khan,” she added. Marriyum Aurangzeb hit back at former prime minister Imran Khan’s warning to the government for early elections, saying that “PTI’s victory in the by-elections does not give it a license to invade federal capital”.

Addressing a press conference in Islamabad on Monday, the minister said the PTI chief had no right to threaten the coalition government with long march if snap polls were not announced.

Marriyum said PTI’s defeat in Karachi’s Malir and Multan by-elections were a “referendum” against Imran Khan. “He [Imran] remains silent when a decision comes in his favour but insults Election Commission when he faces defeat in the elections,” she added.

The minister said PML-N supremo Nawaz Sharif appointed six army chiefs in the past when he was the prime minister while “Imran is begging to appoint one army chief”.

As per law and the Constitution, Prime Minister Shehbaz Sharif will appoint the next army chief, she added.

“If Imran Khan is so eager to appoint new army chief then he should complete 172 seats in the parliament and form his government in a constitutional manner. After the by-election, Shahbaz Sharif has support of 176 seats in National Assembly,” she remarked. Marriyum also accused the PTI chief and his party of attempting to cause a mutiny in the military and running a smear campaign against the state institutions.