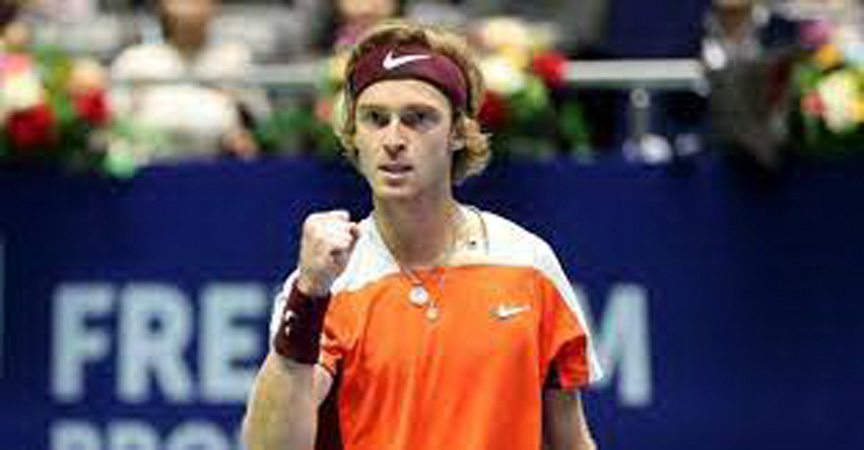 GIJON: Andrey Rublev beat Sebastian Korda 6-2, 6-3 to win the inaugural Gijon Open on Sunday, earning his fourth title of the year. The 24-year-old Russian is aiming to qualify for next month’s ATP Finals in Turin and this victory in Spain’s north-west will increase his chances. Rublev, the top seed, saw off Ilya Ivashka, Tommy Paul and US Open 2020 winner Dominic Thiem on his way to the final and the 12th title of his career. The world number nine was in good form and made light work of his 22-year-old American opponent in one hour and 17 minutes, adding to his triumphs in Marseille, Dubai and Belgrade this year. Making very few errors and showing off his impressive power, Rublev broke to move 3-1 ahead in the first set and again to seal it. Korda earned a break point at 2-2 in the second set but could not capitalise, with Rublev winning the point and breaking to move 4-2 ahead before serving, sealing the match with a volley.