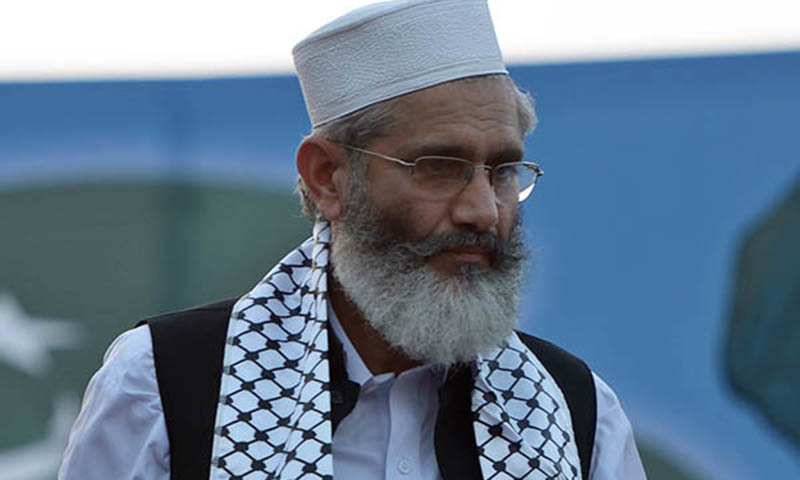 Jamaat-e-Islami chairman Sirajul Haq called on Sunday that the government announce the expulsion of the American ambassador unless President Joe Biden apologised for his anti-Pakistan statement.

Biden made the statements late Thursday during a private Democratic Party fundraiser in California, but the White House later issued a transcript of his remarks on Saturday, inciting uproar in Pakistan.

“What I believe to be one of the most dangerous nations in the world: Pakistan. Nuclear weapons without cohesiveness” declared the US president.

Islamabad had summoned the US envoy for an explanation, incensed by the off-the-cuff statements at a key juncture in the shaky relations between the Cold War allies.

“Let me emphasise unequivocally: Pakistan is a responsible nuclear state, and we are happy that our nuclear assets are safeguarded to the highest IAEA [International Atomic Energy Agency] standards.” We take these safety precautions very seriously. “Let there be no doubts,” he tweeted.

In a second statement, Pakistan’s Prime Minister’s Office stated the US President’s words were “factually inaccurate and deceptive.”

“Over the last decades, Pakistan has proven to be a most responsible nuclear state, with its nuclear programme overseen by a technically solid and watertight command and control structure,” according to the statement.

It also stated that Pakistan had repeatedly displayed responsible stewardship of its nuclear-weapon capabilities, as evidenced by a strong adherence to global standards, particularly IAEA criteria on non-proliferation, safety, and security.

The White House said President Biden‘s statements about Pakistan’s nuclear programme were “nothing new,” as he has previously made similar remarks.
In response to a question during a press conference, Press Secretary Karine Jean-Pierre stated that Biden believes a “safe and prosperous” Pakistan is essential to “US interests.”

However, the JI head was not satisfied, claiming that the prior and current rulers were American slaves, whereas the people believed in bowing down to the Almighty alone.

Siraj slammed the present and former regimes, claiming that the PTI and Pakistan Democratic Movement (PDM) were pawns of the international establishment that solely followed their orders.

The JI head stated that the country’s 220 million people were enslaved by crises due to the rulers’ incompetence and the International Monetary Fund’s (IMF) servitude.

“As a result, the Jamaat-e-Islami is now the only alternative for making the country happy and developing,” he continued.

According to the JI chief, the country and its people do not have actual freedom.

“Only the Islamic system can ensure true freedom,” he asserted.