Priyanka defends Malala, takes a dig at US comedian Minhaj 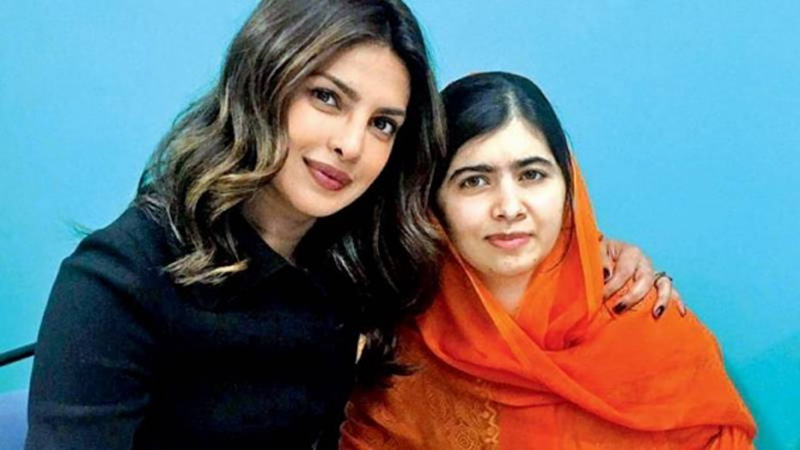 Actor Priyanka Chopra took a dig at Hasan Minhaj as a mark of support for Pakistani activist Malala Yousafzai.

Malala had earlier shared a reel of the comedian pretending to express the grief that she had unfollowed him on Instagram in a sketch, mentioning that she wasn’t going to follow him anymore.

Priyanka posted a screenshot of Hasan’s profile, showing that she wasn’t following him back either.

This all started when Hasan Minhaj made a statement that she did not follow back Malala on Instagram.

This prompted Malala to ask her fans whether she unfollows Minhaj, and she did it after many deliberations.

He said, “On October 4th, I made a joke about Noble Peace Prize winner Malala. I said she follows me on Instagram and I don’t follow her back. Then on October 5th, she retaliated (asking who is this man?). Instead of doing a runoff, she unfollowed me on Instagram. I am sorry Malala, follow me back. I don’t know if I’ll follow you though. I am that petty.”

Priyanka and Malala recently met at the Global Goals Awards at the UN General Assembly where the two snapped pictures and got a chance to know each other better. Malala took to Twitter to share her fan moment with the Quantico star at the event and wrote, “Can’t believe I met Priyanka Chopra!”

To which, Priyanka responded, “Oh Malala, no words will be enough. I can’t believe I met you! You’re just a young girl with so much heart and such achievements. So proud.” The Baywatch beauty then took to Instagram to share the same picture with a heartfelt note to Malala.