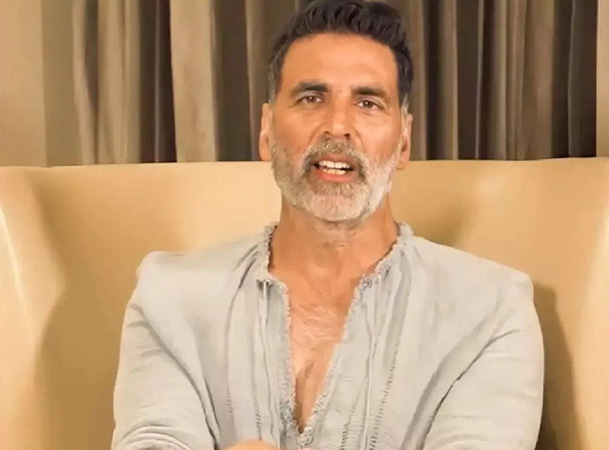 Akshay Kumar is one of the top-paid stars of Bollywood. His co-stars and peers from the industry often make fun of him for delivering four to five films a year. The fact that most of his films manage to set fire to the box office leaves a section of his fans wondering how much he earns. And, when a media report tried to give a peek into expensive things that Khiladi Kumar owns, he lost his calm.

For the unversed, a report published by Bollywood Life stated that Kumar owns a private jet worth Rs. 260 crores. Reacting to the same, Akshay took to his Twitter handle and reacted to the claim. While sharing the screenshot of the report, he wrote, “Liar, Liar…pants on fire! Heard this in childhood?”

Speaking his mind on the matter, the Entertainment actor further added, “Well, some people have clearly not grown up, and I’m just not in a mood to let them get away with it. Write baseless lies about me, and I’ll call it out. Here, a Pants on Fire (POF) gem for you.” Many fans and Twitterati took to the comments section and lauded the actor for reacting to the claims.

A user wrote, “nice to see your aggressive mood after long time,” while another called him a “King”. Meanwhile, a section of them wished him luck for his upcoming film Ram Setu.

Coming to his professional front, as mentioned above, the 55-year-old actor will be next seen in Ram Setu. The forthcoming film will also star Jacqueline Fernandez, Nushrratt Bharuccha and Satya Dev in prominent roles.

The film will follow an archaeologist who is investigating the nature of Ram Setu, known in English as Adam’s Bridge.

The Abhishek Sharma directorial is slated to release on October 25, a day after Diwali.