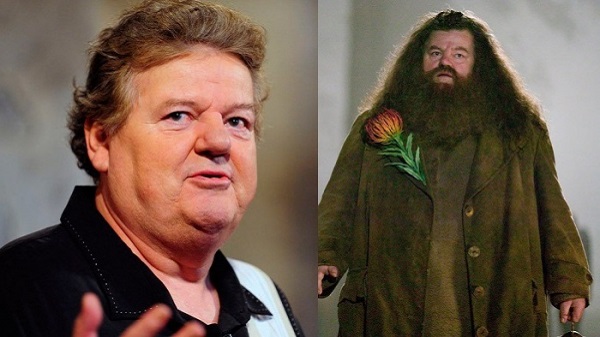 Scottish actor Robbie Coltrane, who played Hagrid in the Harry Potter films, has died aged 72, his agent said on Friday.

“My client and friend Robbie Coltrane OBE passed away on Friday October 14,” Belinda Wright said in a statement, calling him “a unique talent”.

Coltrane, who was born Anthony Robert McMillan on March 30, 1950, in Rutherglen, near Glasgow, forged a career as an actor, comedian and writer.

On television, he starred alongside Emma Thompson in the cult BAFTA-winning BBC mini-series “Tutti Frutti” in 1987.

He came to prominence and won more awards for his portrayal of the hard-drinking criminal psychologist Dr Eddie “Fitz” Fitzgerald in the ITV series “Cracker” (1993-2006).

He was the English author and lexicographer Samuel Johnson in the TV comedy series “Blackadder the Third” alongside “Mr Bean” star Rowan Atkinson and Hugh Laurie (“House”).

On the big screen, he had roles in the 1987 Neil Jordan crime drama “Mona Lisa” and teamed up with former Monty Python star Eric Idle in the 1990 comedy “Nuns on the Run”.

He also played a former KGB agent-turned-Russian mafia boss in two James Bond films — “Goldeneye” (1995) and “The World Is Not Enough” (1999) — with Pierce Brosnan.

But he will best be remembered globally as Rubeus Hagrid, the half-giant half-human gamekeeper and Keeper of the Keys and Grounds of Hogwarts school in the film franchise of JK Rowling’s best-selling Harry Potter books.

The role “brought joy to children and adults alike all over the world, prompting a stream of fan letters every week for over 20 years”, said Wright.

She added: “For me personally I shall remember him as an abidingly loyal client.

“As well as being a wonderful actor, he was forensically intelligent, brilliantly witty and after 40 years of being proud to be called his agent, I shall miss him.”

Coltrane is survived by his sister Annie Rae, his children Spencer and Alice and their mother Rhona Gemmell.

No cause of death was given but Wright thanked medical staff at Forth Valley Royal Hospital in Larbert, central Scotland, “for their care and diplomacy”.