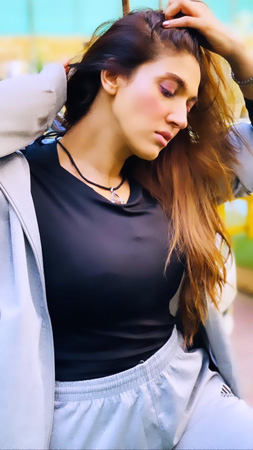 Actress Sana Fakhar have officially announced her divorce with husband Fakhar Jaffri. Taking it to her Instagram account, she officially announced the news. Sana wrote: “Breakups hurt. But some time breaking a relationship is so mandatory to save yourself to break so much. With all the respect me and Fakhar after several years of marriage through high and lows decided to take a separate path.”

“It’s heart breaking but… I strongly believe that God has better plans for both of us. All the best Fakhar Jaffri, concluded Sana.”

The actress gave many hit Punjabi films to the Pakistani film industry. She married Fakhar at the very peak of her career.

The duo got married in 2008 and have been together for 14 years. The couple was known to be the most stable couples from the film fraternity. Sana and Fakhar are parents to two sons.