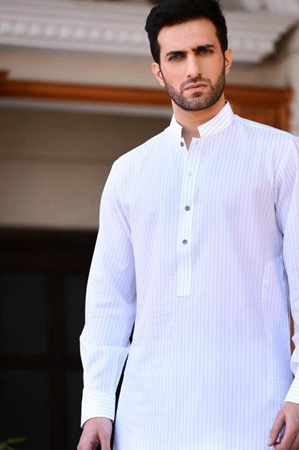 The main lead of Aasmaan Bolay Ga Emmaad Irfani revealed the release date of the movie and said that the movie is dedicated to the late Junaid Jamshed. In a recent interview, the actor talked about his character, co-actors and told the publication why this project is so special for him.

During the interview, the Cheekh actor said that he wanted to do this role because his character is a Pakistan Air Force pilot, and he always wanted to fly an F-16. He said, “It all started with a phone call some two or two and a half years ago, and it sounded too good to be true. The character is a Pakistan Air Force F-16 pilot, one of my childhood dreams was to fly an F-16. I think a lot of my desires have been fulfilled in this film.” When asked about the expected release date, Irfaani said, “We’re looking at the end of this year. We’re working on the date, I hope it’s December or January.” “Faisal Kapadia is singing the main song. Other than that, the movie is dedicated to Junaid Jamshed, so we’re also revisiting the nostalgia of ‘Vital Signs’, he said. Alongside Irfani, the movie cast includes Teefa in Trouble actor Maya Ali in the lead role. The Jalan actor said that Asim Kakakhel, Qasin Ben Taruq, Noreen Gulwani, and Adnan Jaffar will play crucial roles in the movie. Directed by Shoaib Mansoor, Aasmaan Bolay Ga was announced in 2020 and is expected to release by the end of 2022. The movie’s official dates and the first look are to be revealed yet.